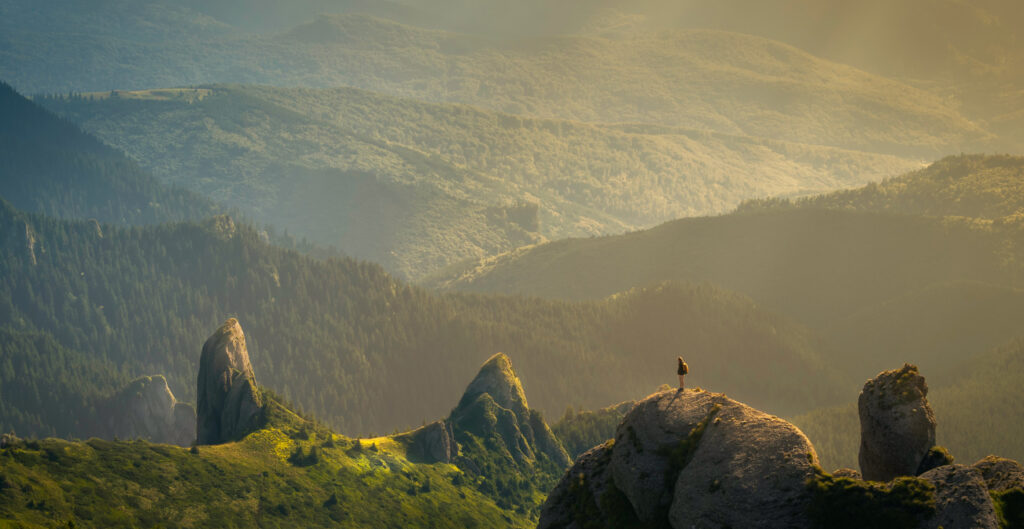 Reading the creation story can be confusing.

We’ve all read how God created the earth in seven days. He created the waters, the earth, the sky, and the animals and called it good. The story was steeped into our childhood.

But why seven days? The choice seems so arbitrary.

Are the seven days literal? Or is there a deeper meaning behind the same story you can recite along with your nursery rhymes?

Join me as we dive into the creation story, revealing the biblical context of the first week of creation. You will approach the first couple chapters of Genesis with renewed clarity and have a new understanding of our amazing, intentional God.

Like any good story, creation begins in Genesis 1:2 with its own conflict—the earth is without form and void. In response, the first three days of creation solve the problem of formlessness: God gives form to his creation by separating light from darkness, sky from ocean, and land from waters.

Deepen your faith by understanding the story of your salvation.

The Bible Timeline® study program will teach you how to read and understand the entire Bible and introduce you to the wonderful narrative of Scripture in a way that will transform your life.

But Why Seven Days? Insight from Abraham

This still begs the question, why seven days?

Midway through Genesis, a story from Abraham’s life illuminates the importance of seven and its importance in the creation story. In Genesis 21, Abraham complains to the Gentile Abimelech about a disputed well (see Genesis 21:25–34). To arrive at a legal settlement about the ownership of the well, the two men make a covenant.

Abraham responds that they are a witness to the oath sworn and the covenant made between them that day. The location of that oath was called Beersheba. In Hebrew, beer means “well,” which was the reason for their meeting; sheba can mean both “seven” or the “oath” of a covenant. Thus the seven (sheba) lambs were a sign of the covenant oath (sheba) that Abraham and Abimelech swore regarding the disputed well.

The Significance of Covenant

In the ancient Near East, many people grew up and lived their whole lives among extended family with whom they shared a bond of trust. Outside the family, foreigners were suspect. As in Abraham’s conflict with the foreigner Abimelech, a well that provided water in the midst of the desert was a matter of life and death; its use required a trust and honesty typically only found among family members.

In such situations, where a family bond did not exist but was needed, a covenant was made by swearing an oath (sheba) that joined those swearing the oath into a trusting family bond. Thus, covenants made kinship bonds where they did not previously exist.

Back to the Creation Story

With this background, we can unpack the significance of the number seven in the creation story. God’s creation of the world in seven days signifies that he is making a covenant with his creation.

Thus, God’s creation of the heavens and the earth in seven days, as recounted in Genesis 1, communicates the resplendent theological truth of how, at the foundation and beginning of the story, God seeks to enter into a covenant with his creation, making man and woman not simply his creatures, but sons and daughters.

The continuing narrative of Genesis reflects that there is a new covenant relationship between God and man after the seventh day of creation. In Genesis 1, before the covenant of the seventh day of creation, God is referred to simply as “God” (in Hebrew El, a generic name for divinity). But, in Genesis 2, after the covenant on day seven of creation, God is referred to as the “Lord God” (Yahweh El in Hebrew, using the personal name that God will reveal to Moses in Exodus).

The seven days show that, from the beginning, God wanted an intimate relationship with us.

Deepen your faith by understanding the story of your salvation.

The Bible Timeline® study program will teach you how to read and understand the entire Bible and introduce you to the wonderful narrative of Scripture in a way that will transform your life.