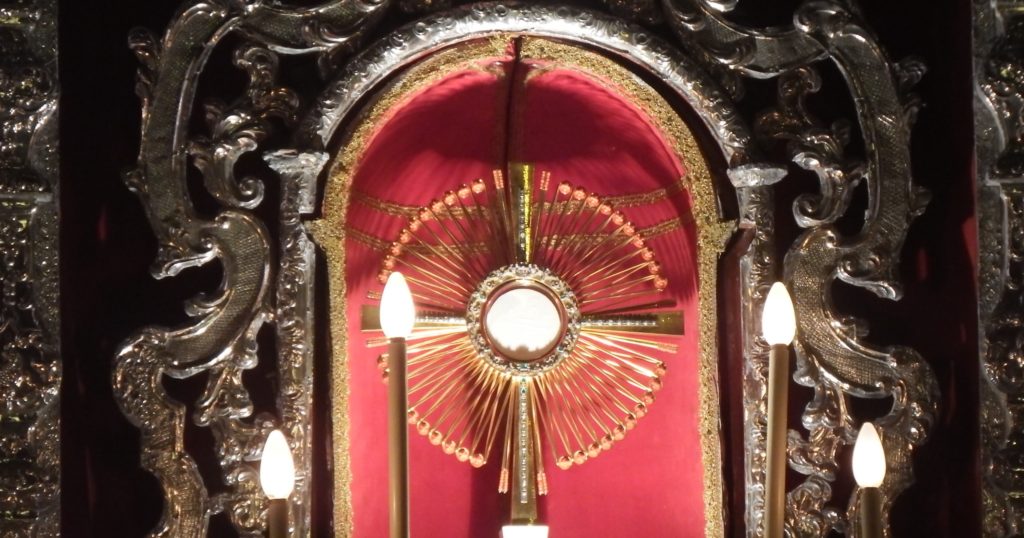 This article was originally published April 13, 2020. It has been updated to reflect more recent research.

The Vatican International Exhibition: The Eucharistic Miracles of the World catalogs the 100+ purported Eucharistic miracles that have been recorded and venerated since the earliest days of the Church to the present. The exhibit tours the world, drawing attention to the true presence of Christ in the Eucharist.

The last few decades, however, have seen a surge in Eucharistic miracles, which cannot be explained by science. And in most of these recent miracles, the Eucharist turns into human flesh and blood.

The consistency among the scientific results is startling. Let’s begin with the oldest-known verifiable case of the Eucharist transforming into physical flesh and blood—the Miracle of Lanciano, which took place in 750AD and underwent testing in the 1970s. The facts of this case are stunning.

In 750AD, a priest experienced a terrible temptation to doubt the True Presence while He was saying Mass. As he pronounced the words of consecration, the host and the wine transformed into what appeared to be flesh and blood.

In 1970, more than 1,200 years later, the archbishop of Lanciano, with Rome’s approval, requested a thorough scientific examination of the miraculous relics by Dr. Edward Linoli, director of the hospital at Arezzo and professor of anatomy, histology, chemistry, and clinical microscopy. His report, submitted on March 4, 1971, detailed the following results:

Christ Spans the Centuries in Eucharistic Miracles: Buenos Aires & Lanciano
The Eucharistic Miracle Overseen by Archbishop Bergoglio (Pope Francis)
The Stories Behind Our Most Beloved Christmas Carols ﻿
Blessings and Challenges of Family Bible Study
Has Ascension's free media strengthened your faith?
You can now offer ongoing support for this content with a recurring gift.
Support Ascension