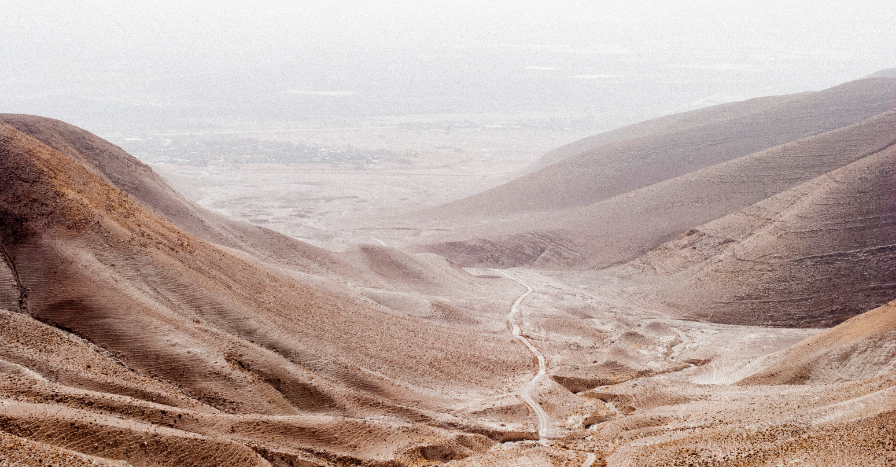 When the figure of Moses follows Abraham in the Old Testament, it can seem like a great decline in character, as though God chose a lamb after a lion. It seems that way for a reason, because, that is exactly what he did. Through this succession, God created a pattern that would remain over the centuries, until he sent himself as a lamb to men.

Abraham, Father of Many Nations

After years of sin and turmoil caused a great divide between creation and Creator, God chose a man others would easily recognize as a leader to develop his nation, his people. Abraham’s character is strong and fierce, both in his belief and in his lack of fear. The only one he feared was God himself, with a holy respect for God’s power and might. And so, God called him forth from his home into the desert to begin something radically new. He called Abraham to found a nation that would turn men back to God.

Abraham leads a fierce and large tribe, warring with other nations and meeting with princes and kings. Abraham’s relationship with God is unique. He talks to God, parrys with him,  knows his awesomeness, and is compliant to him, regardless of the world’s disdain. The subsequent power bestowed on him is great. His faith is rewarded with a promise of populating a new world, as numerous as the stars in the night sky and as innumerable as the grains of sand by the sea. (Genesis 22:17)

That “assurance of things hoped for, the conviction of things not seen,” (Hebrews 11:1-2) earn Abraham a place above other men, for:

“By faith Abraham obeyed when he was called to go out to a place that he was to receive as an inheritance; he went out, not knowing where he was to go.”

By faith he sojourned in the Promised Land as in a foreign country, dwelling in tents with Isaac and Jacob, heirs of the same promise. He was looking forward to the city with foundations whose architect and maker is God.” (Hebrews 11:8-10)

A Leader in Radical Trust

His faith, his devotion to the Law of the Lord, and his radical and immediate acceptance of God’s will is almost inhuman. He is a different sort of man than most, a second Noah, leading the people into the desert.  He trusts that his faith will reap rewards well beyond man’s understanding.

But Abraham’s people are only the beginning of the great plan God has for his people, for “These all died in faith, not having received what was promised, but having seen it and greeted it from afar, and having acknowledged that they were strangers and exiles on the earth.” (Hebrews 11:13-16) The promise has been made clear and the faithful can see it. But, it will take a baby in a basket to transform God’s new  nation into a people that walks directly behind Him.

A Different Kind of Abraham

Genesis is not referred to as Abraham’s book, but Moses’. As the first Book of Moses, Genesis ushers in the first covenant. But, a new covenant is handed down to Moses. regeneration After years of separation between a people and their God, a regeneration is coming. This pattern of new growth and connectedness will shoot forth until God’s own birth.

Nearly five centuries after Abraham forms his covenant, a baby is found in the reeds of the Nile. This baby is Moses, who is providentially saved from Pharoah’s murderous law. Moses is perfectly positioned to carry his people against Pharoah as a new Abraham of prestige and promise.

But Moses is not the person we expect. As a man, Moses is introduced to the people as a murderer and an outlaw. He lacks confidence and begs to be released from his calling. And yet, the great God continues to shape him.

From an extraordinary beginning to an ordinary life, Moses is brought forth by God through the great sign of a bush. This bush,  covered in flame but not consumed, is an apt portrayal of what Moses will endure in the years to come. Despite his flaws, he is not burned up, he is steady in service to his God. He will display that steadfastness as he returns, again and again, to Pharaoh’s court to plead, to warn, and to incite. The fruit of Moses’ loyalty is a transformation from meekness to courage.

Moses’ leadership and gifts vary greatly from Abraham’s. He is weak in speech and lacks Abraham’s bold confidence in his fear of God. Godcrafts a very different relationship with his new Abraham, a leader who will transform and shape a new covenant between God and his People. Where Abraham founds the faith, Moses moves the people. And, by submitting to the Lord, he moves and changes himself as well.

A Special Friendship with God

Within this beautiful, redemptive friendship, Moses implores God and convinces him to forgive his wayward people. He speaks to the Lord, “face to face, as a man speaks to his friend.” (Exodus 33:11)

“This very thing that you have spoken I will do; for you have found favor in my sight, and I know you by name.” (Exodus 32:17)

Then, after years of law-setting, organizing, and structuring, of battles fought and won, of living fully with the Lord, Moses dies in the desert. He dies in the land of Moab with the Promised Land just before him, the land he would not enter. (Deuteronomy 34:4)

And yet, no prophet was quite like Moses, “whom the Lord knew face to face…” (Deuteronomy 34:10). His “great might” and “awesome power” (Deuteronomy 34:12) reverberated throughout time. It was still on the mind of the people when  the final covenant-maker and covenant-fulfiller arrived.

We Are a Moses People

Few of us are born Abrahams, innately powerful and easy in faith.  But we are all Moses, in need of a relationship with God. We need to know him, to trust him, and to talk to him as a friend throughout our lives.

Though we walk as aliens in a foreign land, he can lead us to a journey’s end, at peace and prosperous in all that is truly good.