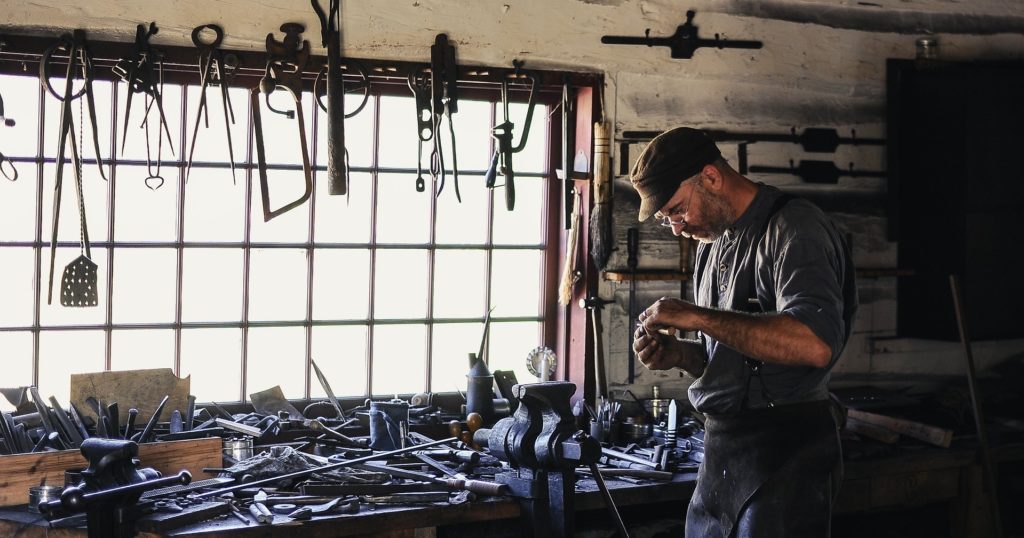 When God created the world, he did not say to man, ‘eat, drink and be merry.’ On the contrary, he commanded Adam to work (Genesis 2:15). The divine command preceded man’s fall. Work, hence, is not a result of sin—as are poverty, disease, and death. Work is the purpose of our lives by divine design.

St. Josemaría Escrivá reminds us that we “are under an obligation to work, and to work conscientiously, with a sense of responsibility, with love and perseverance, without any shirking or frivolity” (The Forge, No. 681).

Firstly, negligence in work is objectively sinful, and settling for mediocrity constitutes theft. The Magisterium describes “work poorly done” as a “morally illicit” violation of the Commandment not to steal (Catechism of the Catholic Church, 2409). The Catechism of the Council of Trent explains that it is “downright theft, when laborers and artisans exact full wages from those to whom they have not given just and due labor” (The Roman Catechism, Part III: The Decalogue, Various Forms of Theft). The Magisterium further points out that those who “neglect, or but indifferently perform their duties, while they enjoy the salary” must “be reckoned in the number of thieves” (ibid.).

Scripture too, admonishes us repeatedly concerning the same. King Solomon observed that the one who is slack and loose in his work is a brother to him who destroys (Proverbs 18:9). Moreover, St. Paul teaches us that the one who would not work must not be allowed to even eat (2 Thessalonians 3:10).

In today’s society which pursues pleasure and celebrates comfort, idleness would seldom incur solemn rebuke. However, the life of the man after God’s own heart acquaints us with the mortal dangers of slacking off. It is not without reason that the passage which introduces us to the most grievous sin of King David’s life begins with:

“at the turn of the year, the time when kings go to war, David sent out Joab along with his officers.”

Having woken up from his afternoon siesta, David walks on the roof. He sees a Uriah’s wife bathing, and calls her into the palace. David sleeps with her, and eventually orders her husband’s killing to conceal his liaison. None of this would have occurred had David been at work as a professional warrior on the battlefield. Slacking off may sound innocuous, but the consequences thereof are not insignificant.

The Magisterium teaches that the “Christian who neglects his temporal duties … jeopardizes his eternal salvation” (Gaudium et spes, 39). St. Josemaría explains that it is “a shame … to have as one’s occupation in life that of killing time which is a God-given treasure,” and that when “a Christian kills time on this earth, he is putting himself in danger of ‘killing Heaven’ for himself” (Friends of God, 46).

Indeed, we must “never have time on our hands, not even a second” because there “is work to be done … and there are millions of souls who have not yet heard the doctrine of Christ” (Friends of God, 42). Moreover, we must flee mediocrity because “half-finished work is a caricature of the holocaust, the total offering God is asking of (us)” (The Forge, 700).

Secondly, we are called to pursue excellence—not to please people, but to glorify God. Sirach 33:22 calls us to be the best at whatever we do. St. Paul tells us:

“whatsoever you do in word or in work, do all in the name of the Lord Jesus Christ, giving thanks to God and the Father by him.”

God gave his very best for us on Calvary. And we who have been redeemed by him must do no less for him—as “we plough our fields praising the Lord, we sail the seas and ply all our other trades singing his mercies” (Friends of God, 66).

When little David killed Goliath, he was thrust overnight into national prominence. The Israelite women sang:

“Saul slew his thousands, and David his ten thousands.”

His rise to fame was meteoric. But his road to victory was not immediate. David’s triumph against Goliath began not in the battlefront, but in the shepherd fields—which is where he learned to strike with the slingshot, and fight and win against indomitable odds.

When David was looking after his dad’s sheep all by himself, he did not have hundreds of cheerleaders to motivate him. Neither did he have a rigorous supervisor to monitor his every move. However, little David gave his very best. When the lion and the bear came to snatch away a sheep, David did not fold his hands and say to himself, “my dad is not going to go broke and bankrupt if he loses a sheep or two to a hungry bear.” Neither did he say, “I wish I could do something, but because lions are too scary, I’m not gonna take any risks.” On the contrary, David attacked both the lion and the bear with his bare hands, killed them, and rescued the sheep (1 Samuel 17). There was neither applause nor singing to recognize little David’s valor. However, it didn’t matter. David was doing it for the Lord, his shepherd (Psalm 23), who was his light and salvation (Psalm 27). David did not settle for what was good enough to keep his job. He went far beyond the call of duty to execute his tasks with excellence—not for any human accolades, but for his God’s glory.

Reestablish All Things in Christ

St. Josemaría points out that “Christian responsibility in work cannot be limited to just putting in the hours” because a Christian must work “with technical and professional competence … and, above all, with love of God” (The Forge, 705). The Magisterium teaches that Christians must, therefore, “labor to equip themselves with a genuine expertise in their various fields” while “following the example of Christ Who worked as an artisan” (Gaudium et spes, 43).

We are also called to be entrepreneurial, and “unhesitatingly devise new enterprises, where they are appropriate, and put them into action” (Gaudium et spes, 43). Moreover, it is our special obligation as lay Catholics to renew the temporal order so that “it may be brought into conformity with the higher principles of the Christian life” (Apostolicam Actuositatem, 7). This is not an option but a grave duty because “the member who fails to make his proper contribution to the development of the Church must be said to be useful neither to the Church nor to himself” (Apostolicam Actuositatem, 2). Hence, as St. Josemaría teaches us, the “work that we offer must be without blemish and … done as carefully as possible, even in its smallest details, for God will not accept shoddy workmanship (Friends of God, 55).

Candor obliges us to admit that working with diligence and devotion “to fulfil the duty of each day … is far from easy” (The Forge, 733). However, “professional training of whatever type it be—is a grave obligation for us” (The Way, 334). And we should, with our “eyes fixed on heaven, seek to acquire prestige in all human activities” (The Way, 347), so that our Lord and Savior Jesus Christ may “preside over all aspects of modern life: culture and the economy, work and rest, family life and social relations” (Furrow, 302). Only then, will we be able to “reestablish all things in Christ, both those in the heavens and those on the earth” (Ephesians 11:10) for the sake of Christ who is “the goal of human history, the focal point of the longings of history and of civilization, the center of the human race, the joy of every heart and the answer to all its yearnings” (Gaudium et spes, 44).

The One Thing Connecting All of Catholic Social Teaching [Video]

Evangelizing at Work, Being a Good Godparent, and Supporting your Local Priest [Audio]

5 Ways to Make Working From Home Work for You [Audio]

Ayesh Perera grew up in Sri Lanka. He recently graduated from Harvard University, where he studied politics, ethics, and religion. Ayesh is presently conducting research in neuroscience and peak performance as an intern for the Cambridge Center for Behavioral Studies. He is also working on a book of his own on originalism and constitutional interpretation. Ayesh enjoys playing cricket and studying Hebrew.