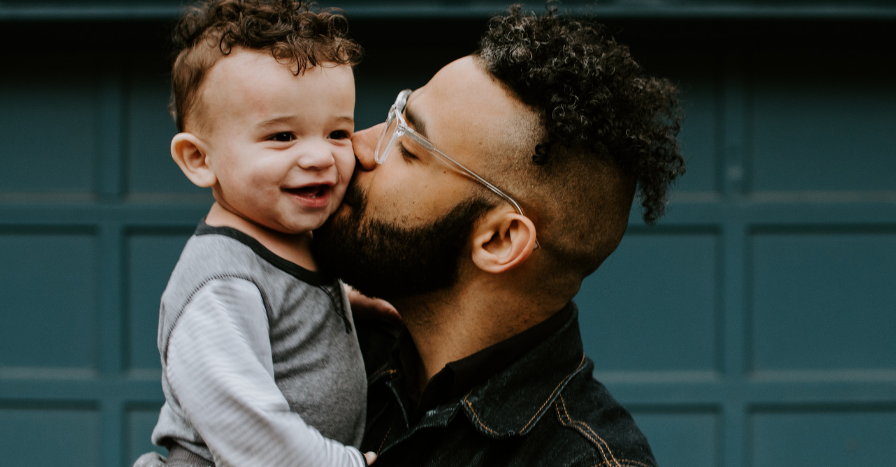 “Wait, there is more,” I told my dad as we walked outside. Typically, our walks were only one-hour-long. This one stretched into four. It contained moment of truth after moment of truth, for within it I was sharing elements of my testimony with him for the very first time.

There were parts that were difficult for him to hear. Some parts pained his heart. Yet, he listened. He showed me the love of Christ and let me pour it all out. By the end of our walk, I knew I was loved more than ever. What happened was that my dad tender-heartedly received me.

A Dilemma for Our Day

I share this because, for one reason or another, tender-heartedness is often seen as a weakness or even a non-masculine trait. Perhaps, some falsely believe that it is akin to merely “being nice,” and therefore being a pushover. I know that some men flee from the idea of tender-heartedness because it was not modeled to them from their fathers, and as such, they feel inept in that department. And men typically do not gravitate to where they feel inept. However, the tender-heartedness of my father brought into being one of the most powerful experiences of my life.

He did this by lovingly receiving me where I was, while listening to me for the sake of listening as opposed to crafting a retort. He never invalidated the reality of my experience; however, he also loved me enough to appropriately challenge my ways of thinking in certain respects. That day, through him, I truly believe I experienced the love of God.

Ultimately, the tender-heartedness of my father brought about a stronger bond between us, and as that bond grew, so did my reception of the intimate fatherly love that he had to offer. It was healing to the soul in so many ways.

I share this because in our world today there are many factors negatively impacting how fathers might bond with their children. Of particular concern is the potential after-effect of children striving to fill the void of the absence of an intimate relationship with their father or father-figure by going elsewhere—and that includes going online. Many children who do that will, without their father’s knowledge, become influenced by activists and special interest groups who strive to exploit their earnest search for purpose, meaning, love, and belonging.

These activists/groups are typically not interested in the strengthening of the father-child bond. Instead, they not only strive to unmoor children from their parent’s values, but in some cases, they strive to cause children to alienate themselves from their parents altogether. This is done very effectively by misinforming those children about what their parents believe, while also stacking them with new ideas and new language within which to describe and define their experiences. This lends itself to children further alienating themselves, not necessarily with malice, but rather out of their natural desire to belong somewhere, especially after being brought to perceive that their family and family values are at odds with who they now understand themselves to be. Some of those children press for the family to accept their new-found mindset, while others hide from their families while being supported by others, unbeknownst to their families. Either way, many parents wake up to realize that their child has become invested within an alternate ideology that has pointed them outside of their family to find their primary sense of belonging and community.

The results of this type of trajectory are often catastrophic, with results ranging from heightened anxiety in children to full-on methods of escapism, which can culminate in self-harm to the point of irreversible damage or even death. While this phenomenon doesn’t appear to be letting up, it does seem to be apparent that more and more people are awakening to the reality that the bonds between parents and children need to be stronger than ever if the children are to have a reasonable hope of retaining the values (and faith) of their parent(s).

Given that the lack of a bond can be so catastrophic, and that the impact of tender-heartedness can be so healing and so preventative (though not always), it behooves us as men to strive to turn to God more than ever to learn how to love better, such that tender-heartedness among men may become more “second nature” than not. The fact is that the more we surrender ourselves to God the Father, the more tender hearted we will be able to be and the greater the potential for us to bond well with our children. This, in turn, reduces the likelihood that our children will desire to look elsewhere for their affirmation and formation.

1. To what degree do we actually open our hearts to the love of God the Father?

2. Do we trust that through loving God more, he will inspire us with the words and actions to love our children more and better?

3. If God’s love is truly perfect, limitless, and constantly available for us, then what are we fearful of and what are we waiting for?

What Makes Joseph the Ideal Man [Jackie and Bobby Video]

A Baby is Born: A Man’s First Christmas as Dad