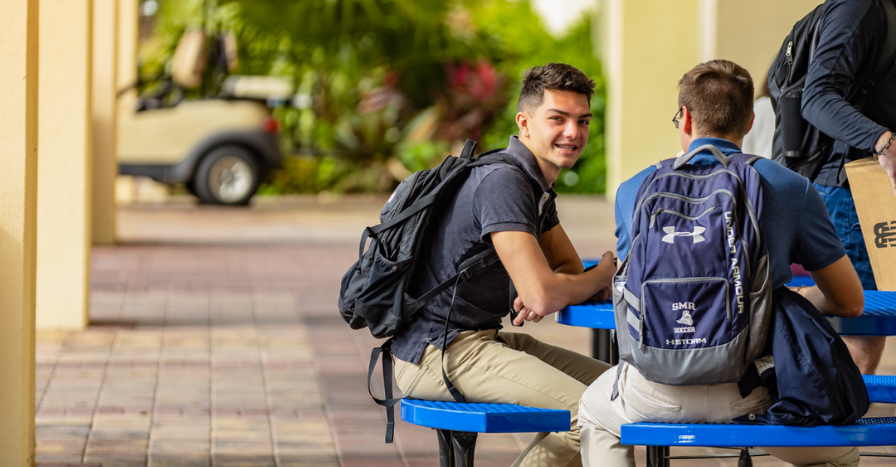 From Our Sponsor, Ave Maria University

He who lives without discipline dies without honor.

This profound statement was shared by a close friend who is active military and a fellow devout Catholic. It propelled us into a larger discussion about how it takes discipline to be a disciple of Jesus Christ. In fact, both words have the same Latin root. Perhaps at no other time in the Church’s calendar year does discipline, or the lack thereof, show itself more than Lent.

I know I’ve started many a Lent with gusto only to end up floundering due to my lack of stick-to-itiveness.

The conversation took flight, as it always does with my military friend, and I began to reflect on the importance of friends like him and my other college roommates who helped me become more disciplined and, ultimately, a better disciple.

The book of Proverbs says, “Iron sharpens iron, and one man sharpens another” (27:17).

This was on display for me in college when I participated in a men’s Bible study that radically changed the lives of every man in the study. It wasn’t just the once-a-week gathering that shaped us, it was the fact we were actually friends. We worked out together, ate together, laughed together, lived together, hosted Super Bowl parties together, challenged each other to do the right thing, and thus, helped each other become better men and better disciples. I cannot exaggerate the importance of these men in my life. Only God knows where I’d be without them, probably in Hell or en route.

So what was it about the college years that enabled me to draw closer to friends and God?

Well, Aristotle thought of friendship as seeing oneself in another. In God’s infinite grace and perfect timing, we dull swords were all brought together to sharpen one another (and believe me, we all needed sharpening). However, there were two crucial pieces making it all possible, and both were deep within us.

Of the eight men who formed our college Bible study, four ended up in the seminary, discerning whether God was calling them to become priests. Only one became a priest, the others discerned God was calling them to married life. It was our small Catholic community, built on a college campus, that led each of us to find our vocation.

This is why I’m passionate about what I do today. It is my job as the Director of Residence Life at Ave Maria University to create a culture of community, enabling men and women to encounter God through their personal interactions.

An authentic Catholic community is powerful, and my friends and I can witness to this. Unfortunately, the world in which we live is a world of isolationism, and I’m not referring to COVID-19 protocols, which merely exacerbate the situation. The 21st century is full of social media and technology supposedly “uniting” us, but in fact, further dividing us.

Rates of depression, anxiety, and suicide have all been rising over the past 20 years. It’s no wonder people are afraid. They have few real friends and are being isolated further and further from reality and the ability to engage in lasting, fruitful relationships. Yet, “perfect love casts out fear” (1 John 4:18). We who live in an authentic Catholic community are able to live in faith, hope, and love. It is only through this exchange with others man develops his potential and thus responds to his vocation (CCC 1879).

The Power of Our Name: Ave Maria University

God Made You for Community [CFR Video]

Community in the Time of Corona

Ryan Welch served as an on-campus missionary with the Fellowship of Catholic University Students (FOCUS) before finishing his Master’s degree in Theology at Franciscan University of Steubenville. He now lives in Ave Maria, FL with his wife and two kids, serving as the Director of Residence Life at Ave Maria University.