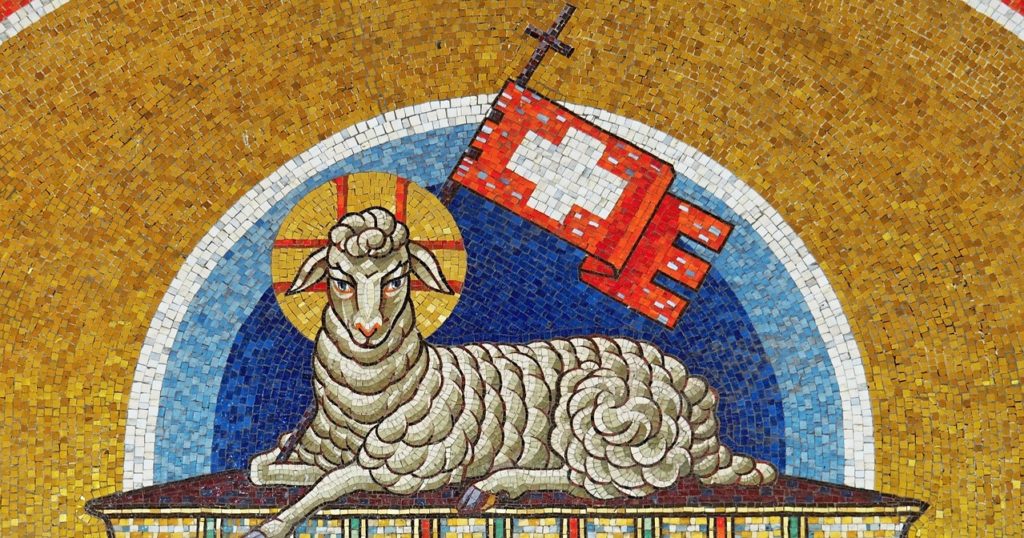 With the incarnation of Christ, mankind was able to gain entry into the New Covenant that had been alluded to by the prophets for centuries, as recorded in the Old Testament. n

Finally, the long-awaited fulfillment of the Old Covenant had arrived, and perhaps nowhere better in the Bible is this described in detail than in the Letter to the Hebrews. This theologically rich letter, traditionally attributed to St. Paul by some despite not bearing his name, connects the dots for us.

The Priesthood of Christ

While we won’t have nearly enough space for a full treatment of this letter here, it is important to note two key aspects of the author’s “word of exhortation” (Hebrews 13:22). The first aspect to dive into will concern the priesthood, and how our Lord Jesus serves as the High Priest of the New Covenant.

Secondly, no exposition of the Letter to the Hebrews can overlook the importance of the Holy Sacrifice of the Mass itself, and how the various events seen in the Old Testament pointed to it. If the Holy Eucharist is truly the “source and summit” of the Christian life, then it becomes important for us to more deeply appreciate and understand the priesthood and sacred liturgy that brings about this greatest of gifts.

The priesthood of Christ that is perpetuated in our parishes each and every day is alluded to many times throughout the Old Testament. As the Catechism of the Catholic Church notes:

“The liturgy of the Church, however, sees in the priesthood of Aaron and the service of the Levites, as in the institution of the seventy elders, a prefiguring of the ordained ministry of the New Covenant.”

The Unique Sacrifice of the Cross

We see bits and pieces of what is to be, but many people might be surprised to know that the Aaronic and Levite priests are not the line of priests that are fulfilled by Christ. While this line of priests certainly prefigures Christ’s own priesthood, that honor falls to the priesthood of Melchizedek, the mysterious priestly figure that Abraham encounters in Genesis. The author of Hebrews observes how Jesus, “Although he was a Son, learned obedience through what he suffered … being designated by God a high priest according to the order of Melchizedek” (Hebrews 5:8, 10).

But didn’t Jesus come to fulfill the Old Covenant, including the priesthood of Aaron? The commentary from the Ignatius Catholic Study Bible breaks it down (links added):

Our Lord Jesus, then, is seen to be very similar to the priest-king Melchizedek as opposed to the merely earthly priests of the sons of Aaron. The author of Hebrews expounds on this more throughout Chapters 7 and 8 of his letter, but for the liturgically-minded Catholic, it becomes pretty easy to see how Christ’s priesthood is connected directly to Melchizedek’s, and is actually contrasted, then, with the Aaronic priesthood. The language of the Liturgy, and of the Catechism ties these observations together:

“The Christian tradition considers Melchizedek, ‘priest of God Most High,’ as a prefiguration of the priesthood of Christ, the unique ‘high priest after the order of Melchizedek’; ‘holy, blameless, unstained,’ ‘by a single offering he has perfected for all time those who are sanctified,’ that is, by the unique sacrifice of the cross.”

Where do we hear about the “order of Melchizedek” in the Mass? During the Roman Canon (also known as Eucharistic Prayer I), which leads us to how the Holy Sacrifice of the Mass plays such an important role in this Letter to the Hebrews. In the Roman Canon, the priest prays that God may:

“Look with favor on these offerings and accept them as once you accepted the gifts of your servant Abel, the sacrifice of Abraham, our father in faith, and the bread and wine offered by your priest Melchizedek.”

Bear in mind that with the priest acting in the person of Christ (In persona Christi), it is Jesus Himself making this offering to the Father. Christ is both priest and victim, and asks the Father to bless the offerings on the altar, just as he did when Melchizedek presented his offerings (Genesis 14:17-20).

In the above passage from the Catechism the language of the “holy, blameless, unstained” victim is used. Jesus, of course, is the unblemished lamb without stain, sacrificed for us on the Cross as the Paschal Lamb, just as the blood of the Lamb was used by Moses during the first Passover. With the Aaronic priesthood, however, the blood of goats and calves was used in sacrifice. Christ restores the priesthood with that heavenly aspect that was lacking from the sons of Aaron, and becomes a true High Priest by supplying his own blood, again, without blemish (Hebrews 9:11-14). This is not to say that the Aaronic priesthood did not at all prefigure Christ as High Priest, but the connection to Melchizedek, and the Mass we celebrate today, is much more integrally related.

What’s more is that Christ’s sacrifice takes away the sins of the world (see Hebrews 9:22-28). Only the pure one of God, chosen by God himself (see Genesis 14:18), would be capable of such a feat. This is where the fulfillment of all of these Old Testament types comes to full fruition, and we see throughout the Letter to the Hebrews how salvation history played out in a condensed format.

We’ve only skimmed the surface here in regards to the various connections made by the letter’s author. In all truth, Hebrews reads more like a homily than a mere letter. And like any rich homily replete with references to the Old Testament, a careful study of the letter is most profitable if we want to understand what the ends of the Holy Sacrifice of the Mass are. The priests that offer this Mass don’t act under their own agency, however. As we have seen, it is Christ, the true High Priest, who works through them and fulfills the work done by all priests that came before him.

The story of our salvation features many twists and turns, but in the end, it all points back to Christ and the New Covenant he inaugurated for man.

Hebrews: The Heavenly Grandeur of the New Covenant (with Dr. Andrew Swafford)

Hebrews: A Catechism in Miniature