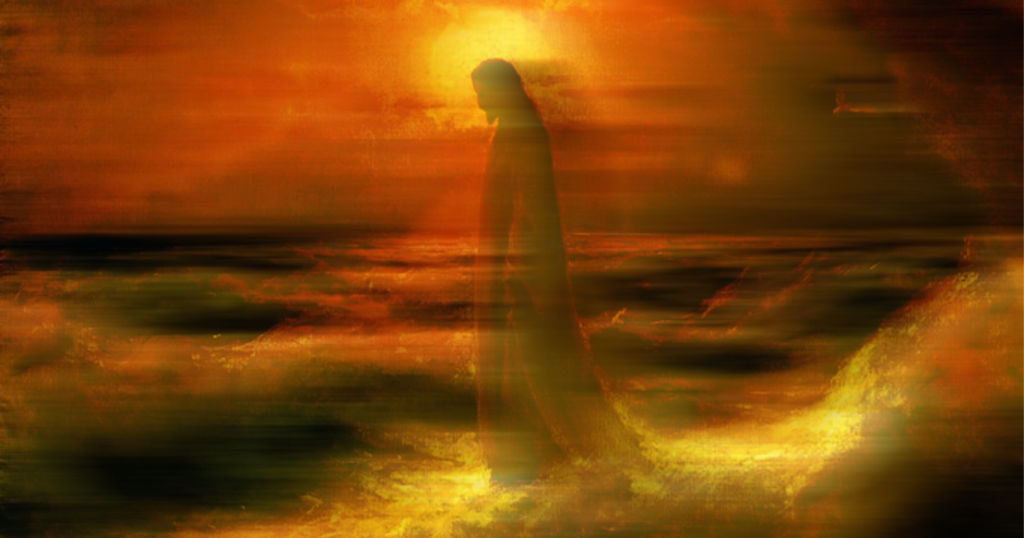 It’s a question posed in the aftermath of everything from natural disasters, violent acts, and, most recently in my neck of the woods, the tragic accident that claimed the life of Maria De Simone.

Maria was the sister of Toronto-born pop artist Joee, a local hero in my city, as much for his music as for the Italian heritage he shares with most of its populace. She lived, worked, and died not more than a half hour away from where I live. On the day of the accident, Maria took her lunch break outside in a nearby plaza, as she often did, but that day, a car jumped the curb and struck her before falling off the edge of the elevated lot. Both Maria and the 80-year-old driver were killed.

When we hear such reports, our natural human instinct is to recoil in horror before scrambling to try and somehow make sense of what happened. But tragedies are rarely so easily understood, which usually means that God ends up taking the blame.

It’s a question quick to jump to our lips, but it isn’t a fair question to ask. Such an inquiry not only assumes that God was absent, it also implies that if he’d been there, such an occurrence wouldn’t have taken place.

But neither of those implications are actually true.

Is Everything that Happens Because of God’s Will?

Allow me to jump for a moment to another, more lighthearted scene—my friends and I, all having discerned a vocation to marriage, discussing our single state. Whenever the topic comes up, inevitably, someone will pipe up with, “Maybe God is preparing us. Maybe God wants us to wait.”

Something about that line has always irked me. We’re all approaching thirty, are as devoted as humanly possible to adhering to the will of God, and have lived in this way for years. Short of God desiring that we be completely perfect before we enter into serious relationships, I can’t possibly think of what else might need to change, much less why these potential changes might be taking such an inordinately long amount of time to become manifest.

Of course, my inability to fathom such a possibility hardly excludes its existence. But isn’t it rather presumptuous to assume that it’s God’s will for us to remain single, simply because we presently are? If we put our faith in this line of thought—namely, that the existence of something is an indication of God’s will—let’s take that thought to its extreme but natural conclusion: does God will evil to happen, simply because it does?

God’s Will Versus Free Will

Thankfully for us, the answer to that question is a loud, resounding no. So why are we so quick to fall into this erroneous line of thinking when it comes to other matters? The problem is two-fold:

So when it comes to my friends’ and my as-yet-uninterrupted descent into spinster-hood, sure, maybe God is somehow preparing us in ways we don’t yet understand. But on the opposite end of the spectrum, isn’t it also possible that our potential husbands—wherever or whoever they may be— are the ones holding up the process? Maybe God is acting in this situation by preparing them. Maybe they’ve fallen prey to Satan’s lies and are unwilling or unable to live out their vocations at this time. Maybe we’ve both taken wrong turns along the way. Maybe this exceptionally long road to love isn’t what God had originally willed for us at all. Maybe it’s just the result of evil doing what it does best—trying to ruin God’s perfect plan.

Let’s look to our first parents as an example of this spiritual tug-of-war. When God created Adam and Eve, he placed them in the Garden of Eden and issued one simple command: do not eat from the tree of the knowledge of good and evil (Genesis 2:16-17). God desired, even willed, that they would heed his request, but he didn’t remove from them their freedom to disregard it.

He also didn’t prevent them from hearing the serpent’s lies. God being God, and therefore omniscient, he must have known what was taking place as the devil approached them in disguise, but, because he loved them and because he wanted their love for him to be the result of a free choice and not just a default setting, he gave Adam and Eve the option to decide for themselves whether they would remain faithful to his designs.

Which brings us back to the original question: where was God when all of this was happening?

God is not only omniscient, but also omnipresent, so while he did give Adam and Eve the freedom to make their own decision, we have no reason to believe that God left them alone during their moment of temptation. In fact, to believe such a thing would be to portray a lack of trust in his care and providence. God loves us. He doesn’t want us to suffer. He doesn’t want us to sin. But because he loves us, he gives us freedom—a freedom which enables us to make choices that could ultimately result in suffering for ourselves and for others. Still, though God never forces us to choose him, that doesn’t mean that he leaves us alone in our moments of trial.

Perhaps he made himself known to Adam and Eve by a suspicion that something wasn’t quite right. Perhaps his presence took the form of a tug or a yearning deep within their hearts, bidding them to honor and uphold the love and trust that characterized their relationship with him. We won’t ever know for certain exactly how God supported his beloved creatures, but we do know:

“God is faithful, and he will not let you be tempted beyond your strength, but with the temptation will also provide the way of escape, that you may be able to endure it.”

God Makes All Things Work for His Greater Glory

So when tragedies happen and our worlds are rocked off their axes, we can’t assume that such a thing is God’s will simply because it happened. We also can’t assume that God wasn’t present, wasn’t fully aware, and wasn’t acting in any given situation.

The answer is, we might never know these things for certain, but what we do know is this: God is an active participant in our lives. He didn’t just create the world and walk away, leaving it to its own designs. No, he is always with us, ever engaging us in conversation—through the Scriptures, through the Church, through his creatures, and through our hearts. There is never a moment when we are apart from God.

When tragedy strikes, God is with us, feeling our pain, sharing our burden, and calling us all to unite ourselves to him in love, believing that he is in fact the resurrection and the life (John 11:25); believing that he is who he says he is—a loving God, willing our good and not our downfall (Jeremiah 29:11).

The devil might scheme, and humans might falter, but the plans of God, disrupted though they may become, will never be prevented from reaching their ultimate conclusion. That truly is the glory of our God—not willing evil, but in his great love, taking everything, even the very evil that seeks to obstruct him, and turning it into a starting point for good. As St. Paul reminds us:

“In everything God works for good with those who love him, who are called according to his purpose.”

Believing in a God Who Allows Evil [Fr. Mike Podcast]

Is There Really Such a Thing as “The One”?

5 Steps to Finding God’s Will for Your Life

The Beauty of Marriage from a Biblical Perspective
Did Someone Hang Up on Your Call to Love?
With His Body Christ Weds the Church
Living Your Vocation Like a Good Shepherd
Has Ascension's free media strengthened your faith?
You can now offer ongoing support for this content with a recurring gift.
Support Ascension