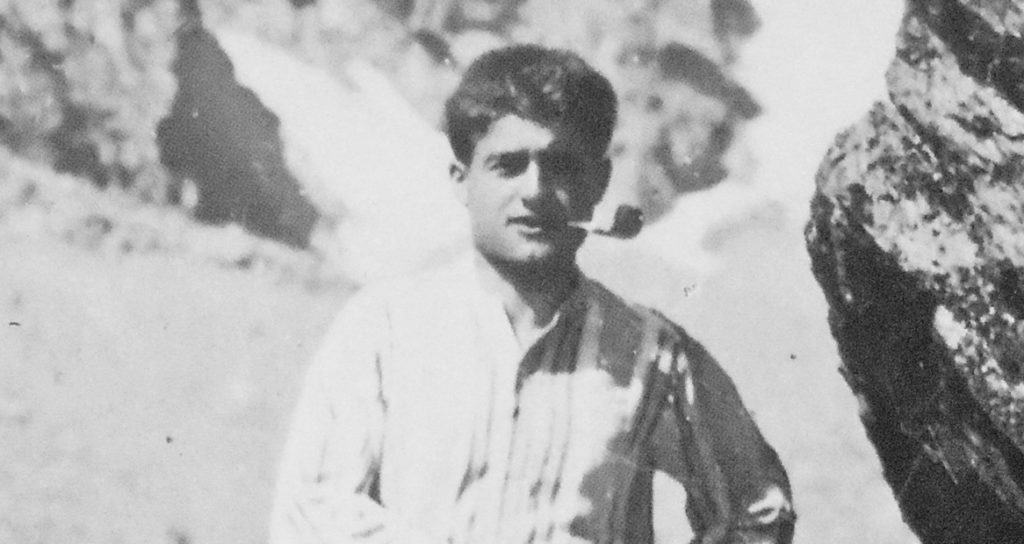 Pier Giorgio was born in Turin, Italy in 1901 and died at the young age of twenty-four. In a short span of time, he became widely known for several qualities including his Eucharistic devotion, service to the poor and vulnerable, and his love for nature through outdoor activities such as hiking and rock climbing. Frassati’s story gives witness to the true liberty that can only burst forth from a life grounded in faith, inspired by hope, and lived in love.

From a young age he had a natural impetus to worship and his devotion to the Eucharist was paramount in shaping his life. Pier Giorgio received the Eucharist daily and prayed for the aid of the Blessed Mother with consistent fervor. When he was seventeen years old he joined the St. Vincent de Paul Society and dedicated countless hours making visits to the poor, the lonely, and the orphaned in his community. Here, we have the perfect recipe and inside-information for how a Christian becomes an intentional disciple: a consistent and intimate worship of encounter with Christ leads one to live a dynamic life of service to God and neighbor. When we have a powerful experience of God as Father, Son, and Holy Spirit our entire lives become animated by viewing ordinary details as opportunities to be with and serve God and neighbor.

Frassati held nature as God’s masterpiece and spent many early mornings and late evenings taking in the transcendent landscapes of his native Italy. These sights and experiences fed his body and soul. Pier Giorgio was a man after Christ’s heart. He was locked into heavenly realities, but they never stole his focus away from the present moment. Rather, they pushed him forth to be more committed to the person and moment in front of him, capturing the grandeur of God in everything. Worship, nature, service, and relationships were all a dramatic chance to look into the eyes of God.

Freedom of a Disciple

It was his devotion to Christ in the Eucharist which inspired his flame of service and enabled him to live in the freedom of a disciple moved to bring the face of Jesus to all he met. He said:

“When you are totally consumed by the Eucharistic fire, then you will be able more consciously to thank God, who has called you to become part of His family.”

This moved him to tremendous service of neighbor. Pier Giorgio stands at odds with the chorus of praise in our culture which deifies young people’s desire to do whatever makes them happy. He gave witness to the fact that sacrificing for those in need brings about the most authentic joy. Nothing could get in the way of his outpouring service to those who were most in need. At the age of twenty-four he contracted a viral disease, most likely from serving the poor and ill, and passed away ninety-five years ago on July 4, 1925.

His care for others drove away any fear of worldly pain and hardship. For him, to live was to bring Christ to others:

“Jesus is with me. I have nothing to fear.”

Those who encounter God’s presence know that his mission is to never abandon his children. Ultimately, it was his intimately powerful union with Christ which brought about the freedom to live in a manner that made the world a little brighter and inspired others to follow Jesus with tremendous devotion.

Pier Giorgio Frassati stands as a beacon of light in a scarred and scared world, lighting the path for those who desire a happiness that can never be hijacked. His witness is more important now, than ever before, because his life goes to the heights of humanity’s call to worship, serve, and love God through a dedication to the sacrifice of the Mass and an inspiration to serve the weakest among us.

Our country is the land of the free and the home of the brave, but so many live in fear of what is to come; so many doubt the love of God and the practical impact of faith on one’s happiness and freedom. Frassati shouts out to the world from his residence in heaven: freedom comes from the divine sight given to us through a constant connection with Christ in the Eucharist and one’s pursuit of happiness is obtained by resting in the knowledge that God’s land is our one and only true home.

Can I Be ‘Spiritual, Not Religious’? (Answers from Hebrews)

If You’re Afraid of Dying

The Contagious Catholic: The Art of Practical Evangelization [Book]