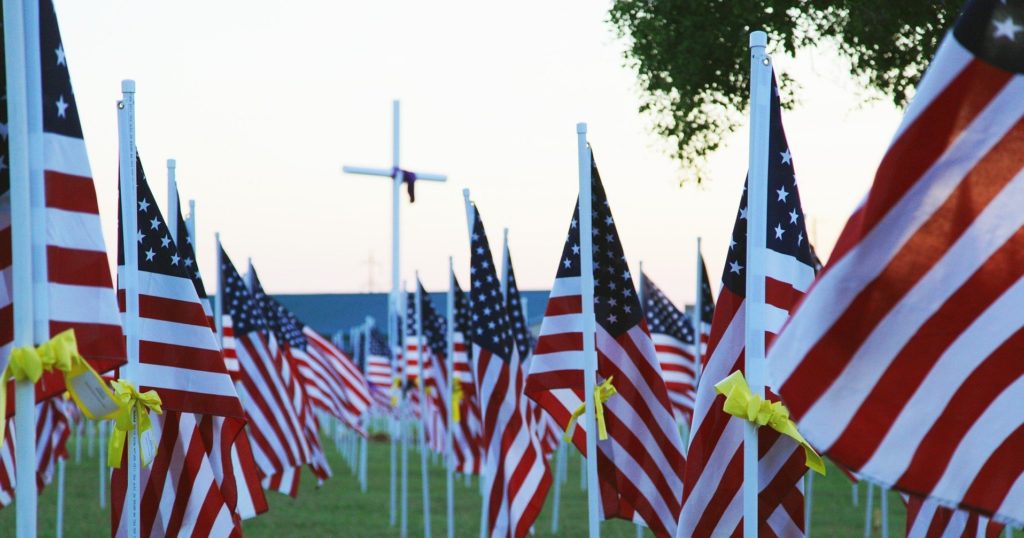 In 1868, General John A. Logan called for a nationwide day of remembrance on May 30 “for the purpose of strewing with flowers, or otherwise decorating the graves of comrades who died in defense of their country.” Originally called Decoration Day, Memorial Day honors American soldiers who have died in military conflicts—and I personally think it was a very bad idea to move Memorial Day observance from May 30 to the last Monday in May.

In 1968, Congress passed the Uniform Monday Holiday Act, which moved several holidays to Mondays so federal employees would have three-day weekends. That certainly makes sense for a holiday like Labor Day, which honors the achievements of American workers. Yes, let’s honor laborers on Labor Day with a three-day holiday!

But by turning Memorial Day, a solemn day of remembrance, into another excuse for a barbecue, we have done a disservice to the very heroes who gave their lives so that we would have the safety and security to enjoy our barbecues in peace. Shouldn’t we honor them with a day set aside, even when it falls in the middle of the week? Perhaps especially when it falls in the middle of the week! To stop work in order to attend a parade or ceremony—that would remind us of the true meaning of the day. That would honor our fallen heroes. But it seems to me, the true purpose of the day has been lost to many.

Freedom Is Not Free

Attempts are being made to keep the memory alive. In the small towns around where I live, lamp posts are decorated with banners year round with the names and pictures of our “Hometown Heroes” who were lost in our nation’s wars. As I drive by and see their faces, often smiling, often so young, the reality and enormity of war comes upon me. “So many soldiers died from this little town?” I often wonder. Yes.

It brings to mind the mournful and powerful poem by Canadian military doctor John McCrae, “In Flanders Fields,” written during the brutality of World War I:

The soldiers speak to me from those banners on the lamp posts. Their sacrifice compels us, obligates us, to make sure their sacrifice is not wasted, that they may rest in peace. In order to fulfill this obligation to our fallen heroes, we must commit ourselves, in whatever sphere we find ourselves, to help our nation remain strong, safe, and free.

The Flame of the Spirit

With our Christian faith, as with our country, freedom has not been free. Tertullian, a second-century theologian, famously wrote:

“The blood of the martyrs is the seed of the Church.”

St. John Paul II believed that patriotism was a good thing—the Fourth Commandment, which commands veneration of parents, could rightly be extended to love of country. At the same time, he warned against allowing this natural love of one’s native land to devolve into an unhealthy “nationalism.” Love of neighbor, he stated, was the antidote against nationalism—and Jesus taught that love is our duty:

“This is my commandment, that you love one another as I have loved you.”

Christianity, publicly lived, strengthens and protects our nation and our society.

In the early Church, it took great courage to bring Christianity into the public sphere. Even after the Ascension of our Lord, the first disciples cowered in a secret room, hiding from the authorities who wanted to kill them. But nine days after the Ascension, on Pentecost, the Holy Spirit filled these men and women with fire! Suddenly, they were emboldened to go out into the streets and speak the Truth, regardless of the consequences. Through their courage, witness, and willingness to die for their faith, they transformed the world, and they have passed the torch to us to do the same.

Just as the sacrifice of our nation’s heroes made it possible for us to grow and prosper as a nation, the sacrifice of our Church’s heroes made it possible for the Faith to spread throughout the world. The fire of the Spirit given to the disciples on Pentecost nearly two thousand years ago continues to blaze in the hearts of Christians today, who publicly proclaim their faith, even in the face of persecution.

In the United States, at least currently, we are not likely to be killed for professing our Catholic faith in public. But as Pope Benedict XVI laments in his new biography, Benedikt XVI – Ein Leben” (A Life), we have entered into a society with an “anti-Christian creed” that punishes with “social excommunication” those who do not hold to their teachings. Those who dare to hold to Truth rather than politically correct thinking often find themselves suffering a bloodless martyrdom.

After all, we aren’t called “the Church Militant” for nothing.

Stones on the Jordan: What Do Memorials Mean to You?

The Despair of Judas versus the Sorrow of Peter: A Lifesaving Difference
WYD Krakow 2016: An Experience of Mercy
The Book of Acts and the Power of Pentecost
The Sacramental Vision
Has Ascension's free media strengthened your faith?
You can now offer ongoing support for this content with a recurring gift.
Support Ascension