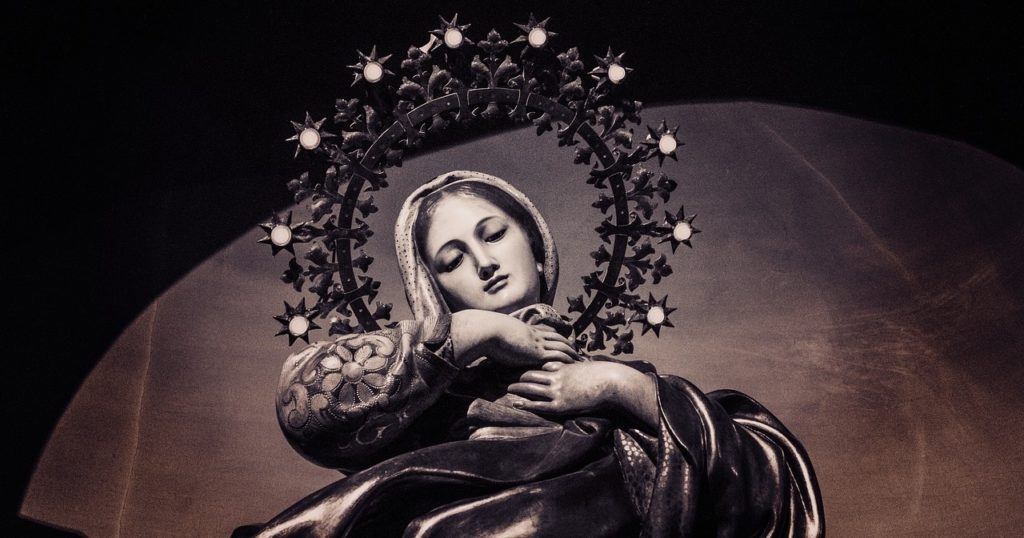 May is a fickle month, at least here in Wisconsin where the wind can shift and the temperature can drop twenty degrees in five minutes. It’s a month I both love and hate. Sitting on my floor next to me are tuberous begonias, zinnias, and lantana plants that are waiting to be potted and placed outside. When I bought them yesterday there was hope in the air. Then, the temperature went down into the mid-thirties and they spent the night in the garage. Now, they are ensconced in my living room until it gets warm enough for the tender dears.

May has long been a month of mayhem in my life. The month of all the end of the school year concerts, dinners, and gatherings. The climax of the spring sports season is May because all the games that got cancelled in April must be made up in May. The children are itchy because it’s getting progressively warmer and they are getting progressively ready to be finished with school. It’s a month of running from meeting to event to carpool pickup to a mediocre dinner slapped hastily on the table. I think the moms of the nation heave a collective sigh when Memorial Day finally arrives and we see the end so near.

Ironically, it’s also the month of Mother’s Day. So while we moms catch ourselves coming and going and generally feel out of breath, we get one Sunday to bask in the job which causes all the coming and going and breathlessness. Let’s this year remember why May is so special. It’s not because our darlings are almost done with school or because we get to plant flowers or start shaving our legs because it’s shorts season again. May is a holy month thanks to our Blessed Virgin Mary.

Looking into the Names

I was wondering why we have so many names for Mary. The Litany of Loreto lists a myriad of names for her, some familiar, some not, describing her station as well as her role. But why? Maybe because that way, we can further personalize our relationship with her. Words matter. Names matter. My three kids each call me a different mother name: Mom, Mama, and Madre. And it reflects our unique relationships.

I decided to do a little digging into some of these names for Mary. Perhaps one would speak to me.

Theotokos is the name given to Mary at the Council of Ephesus in 431 when it was proclaimed that Mary is the Mother of God—the “God bearer”—not just the Mother of “the Christ.” While that is a nice word, it’s not something I imagine myself whispering in prayer.

Our Lady, Star of the Sea

Our Lady, Star of the Sea, reflects that she is always pointing us to her son, Jesus. In her we find guidance much as seafaring men of yore found guidance in the stars. This is a name given to churches near bodies of water. It’s even more lovely in Latin, Stella Maris.

Mary, Undoer of Knots, has a couple legends associated with it. One is that a German nobleman was having marital problems so he enlisted the help of a Jesuit priest. They met regularly and prayed for Mary’s intercession in the marriage. The last time they prayed, the nobleman had brought his wedding ribbon which had been used to tie the couple together in a sign of unity. As they prayed the ribbon became completely untied. The marriage of the couple improved after that. There is a painting commissioned by their grandson commemorating the story. Credit to the name is also given to St. Irenaeus who said:

“The knot of Eve’s disobedience was untied by the obedience of Mary; what the virgin Eve bound by her unbelief, the Virgin Mary loosened by her faith.”

When we have difficult problems we can pray to Mary, Undoer of Knots with confidence that her intercession will help us untangle the trouble.

St. John Henry Cardinal Newman had a devotion to Mary and wrote about her many names. In a series of articles, Fr. Juan Velez shares some of his comments on her names. Fr. Velez says there are two names that speak to Mary’s beauty in the Litany of Loreto: Mary, the Morning Star and Mary, the Mystical Rose. While both are captivating, Cardinal Newman preferred Morning Star because a star is of heaven and lasts forever while a rose is of earth and has a finite life.

“it is Mary’s prerogative to be the Morning Star, which heralds the sun. She does not shine for herself or from herself, but she is the reflection of her and our Redeemer, and she glorifies Him.”

Again, we have an image of Mary, pointing to Jesus.

In explaining her name of Mystical Rose, Cardinal Newman explains that Mary is called a rose because it is the most beautiful of all the flowers and she is the most beautiful of women. The word “mystical” suggests that she is hidden, a reference to the fact that she was assumed into heaven therefore her body is no longer on earth. Fr. Velez explains, “it has been a great feature and characteristic of the Church to be most tender and reverent towards the bodies of the Saints” so it is reasonable that her body is in heaven since we do not have any evidence of it here on earth, and the Church is not cavalier about the bodies of saints.

Mary, Help of Christians, refers to assistance Mary gave to St. Dominic when he instituted the Rosary and was then successful in battling heresy in France. It also is in reference to several instances when Mary came to the aid of Christians fighting against the Turkish Sultan and brought them victories.

Mary, Seat of Wisdom reflects her motherhood to Jesus, the Word and Wisdom of God who was carried by her and sat in her lap. It also references possible wisdom she gained by virtue of her intimate relationship with the Son of God through conversations with him.

Mary, Gate of Heaven refers to the birth of Jesus and how he came to earth from heaven through Mary.

“It was fitting then in God’s mercy that, as the woman began the destruction of the world, so woman should also begin its recovery, and that, as Eve opened the way for the fatal deed of the first Adam, so Mary should open the way for the great achievement of the second Adam.”

Mother of Good Counsel is a name attributed to Mary because of her willingness to give us advice and counsel us through our troubles. It also refers to a painting of Our Lady of Good Counsel in a basilica in Genazzano, Italy. Legend says an Allied bomb fell on the basilica, destroying the church completely except for the painting.

Finally, she is called Mary, House of Gold because she is the first house of Jesus, the body where he grew, the womb where he dwelled. Gold is the most beautiful of metals so it is fitting that she be described in that way.

“He took His flesh and His blood from this house, from the flesh, from the veins of Mary. Rightly then was she made to be of pure gold, because she was to give of that gold to form the body of the Son of God.”

These are just a few of the many names for our Blessed Virgin Mary, Mother of God and mother of us all. This May, let us turn toward her, greeting her with the name that feels the most personal and ask for her intercession, believing that her great joy is bringing us closer to her Son Jesus. We can even call her Mom if we want.

Pocket Guide to the Rosary [book]

How Do We Get Closer to Mary?

Mary’s Choice at the Wedding Feast at Cana