A Professor Responds to Students’ Questions on Sex and Dating 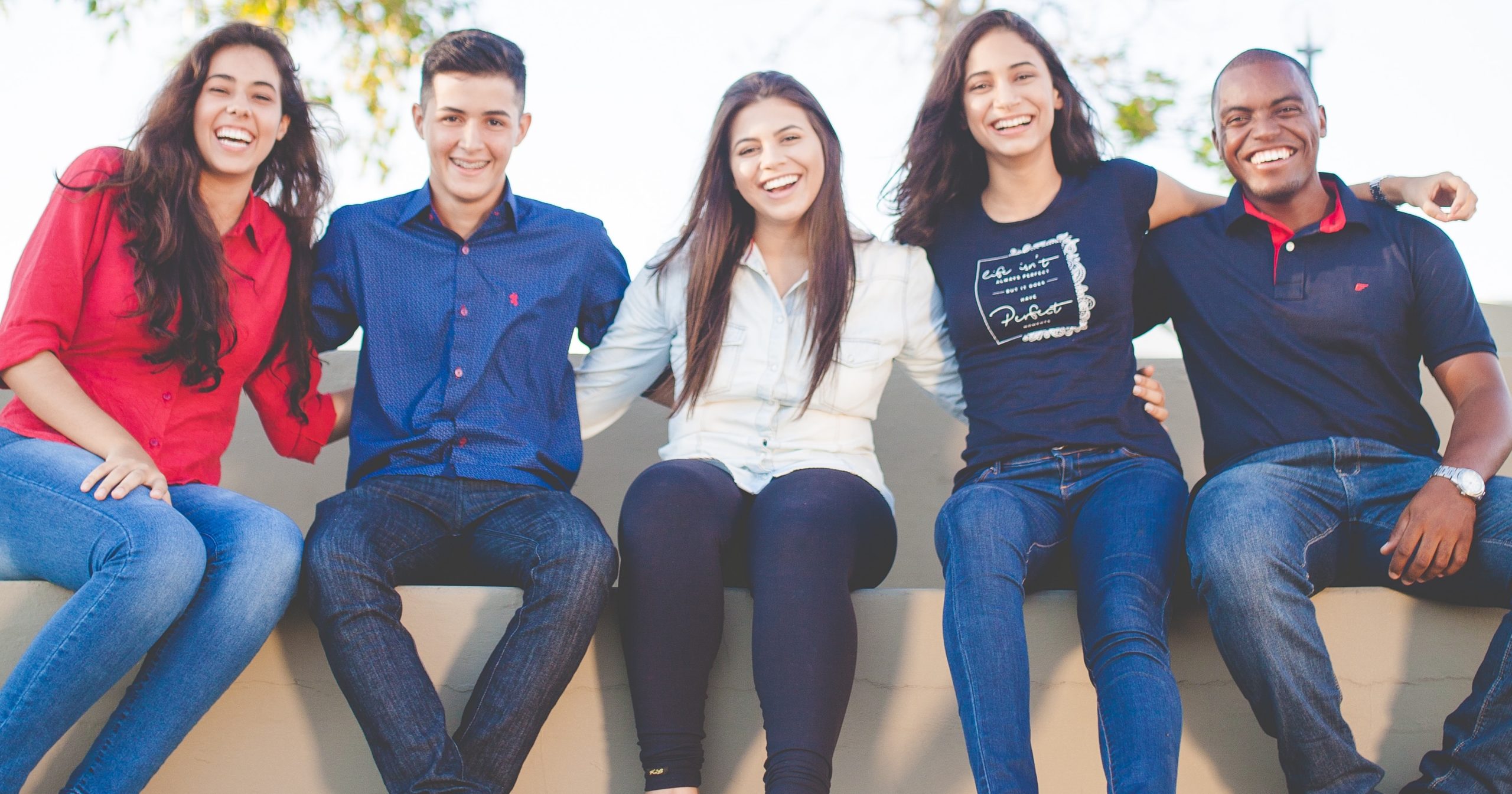 Below are email correspondences I’ve had with college-aged students in recent years. The first question pertains to basic dating discernment. This particular college student is inquiring for a friend who is in a relationship that perhaps started out well, but now she feels guilty leaving—she really wants to “help” her boyfriend who has lost his way.

The second exchange below concerns the Church’s teaching on homosexual acts. Here, I find it helpful to be very frank in terms of where the Church is coming from: we believe in a Creator, who is the source of the natural order, which is the embodiment of his wisdom, brimming with meaning and purpose.

Hopefully, these exchanges will be fruitful for you, either in seeing what questions college students are asking, or in finding your own way to respond to such questions—with both calm and confidence. We’re all in this together and we need all hands on deck!

St. John Paul II had it exactly right when he said:

In this sense, we do well to be honest in acknowledging the full wellsprings from which our teaching comes. For we are not a political party or just another interest group. We are disciples of the Lord Jesus—we should look different!

Email 1: ‘Stuck’ in a Relationship

This is a very random email, but one of my friends asked for relationship advice and you and Sarah’s name came to my mind almost instantly because I am at a loss for what to tell her.

One of my campers over the summer is in a relationship that isn’t leading her closer to Christ at all. She texted me, “It started out fine, but then it just got worse and worse. I feel like I’m stuck in a place where I don’t really want to be because it’s not leading me toward Christ. At the same time though, I feel guilty for leaving him or going on break because he’s not incredibly stable at this point … ”

I’ve been through something similar but I pushed off the break-up for almost two months so I don’t know what a good response to her would be because I know I didn’t handle my situation that well. What would you say to her if you could talk to her? She has a really good and helping heart so I know she just wants to help him but it’s bringing her down in the process.

I know this is hard, but there’s only one answer. As much as she wants to help, she’s really not in a position to help. I’d ask the girl in the relationship three questions:

If the answer to any of these three is “no,” then she needs to be honest and leave the relationship (she’s wasting her time and his and will only make things harder in the end). In order to console her on this (because it is hard), she needs to think of it this way: doesn’t he deserve to have someone who is madly in love with him? Clearly, she’s “half in,” at best, as she tries to put a “good face” on it for his sake. But deep down she knows that even he deserves better.

The healing and growing that it sounds like he needs is simply not going to come about through her relationship with him. In fact, facing the rock bottom reality of losing her may be the catalyst for him to really grow and heal in a deep way. But maintaining the status quo by staying with him is not going to bring this about.

I hope this helps.

My friend is struggling with believing the Church’s teaching on same-sex attraction is worth living out. I know Fr. Mike Schmitz has a book called Made for More which addresses this I think. There’s Courage and Eden Invitation who are two groups in the Church with more resources.

Have you ever had personal experience with speaking about the Church’s teaching on the homosexual lifestyle to someone you love? Because I feel like I know all the “answers” but not really how to communicate them without hurting her, and she’s studied the Catechism so it’s not that the Church’s stance would be new or anything.

I don’t know if that makes sense. If you don’t feel like you’re able to help in this instance that’s okay too!

Response 2: When Feelings Deceive Us

I definitely would start with Fr. Mike’s book (he has dealt with this with his brother). You might also check out Daniel Mattson’ book (Why I don’t Call Myself Gay).

This is tough, but the real question is to reflectively consider in all sincerity: what is sex for? Is it merely about a union of pleasure in an emotional and physical experience? Or, does it have an intrinsic orientation to new life as its ultimate goal and purpose? To approve of same sex acts—even in the context of loving relationship—is to opt for the former.

One thing that helped a friend of mine in discussing this very issue with his brother-in-law was the following: he said to his brother-in-law, “Well, I wouldn’t tell my daughter (sixteen at the time) that she can sleep with her boyfriend.” His brother-in-law confessed he had never made that connection—it never even crossed his mind. The conversation ended more cordially and respectfully than any they had had previously: his brother-in-law recognized the consistency in the moral teaching (sex is about babies and bonding—which is precisely why premarital sex and same sex acts are wrong, for the very same reason).

Another way in which I’ve engaged this question is by proposing a provocative question as follows: typically, when someone advocates for same sex acts, the case is presented very sentimentally (“they love each other; shouldn’t they be able to express their love?”); I’ve responded by simply asking: “Are our feelings a sure guide to the truth of the matter? Can’t our feelings sometimes deceive us into thinking that something is good when it’s not.” I’ve found this question at least places a question mark next to the sentimentalizing of the issue. And this is key: for the question we’re asking is about the truth, purpose, and meaning of the sexual act.

If this person believes in God, I would ask sincerely: how does God want us to glorify him with our bodies? Do you think he has written no purpose into the meaning of our sexuality? Is it really the case that we can do what we want with our bodies? Can a Christian really say such a thing?

For my part, these matters are self-evident: my body is not my own; I’ve been bought with a price; and I need to be attentive to the Creator’s purpose behind the gift of sexuality—it’s not mine to do with as I please.

Hope this helps a bit!

In sum, as always, we should seek to answer with truth and charity. We should also be completely honest: it doesn’t help to simply cite sociological statistics and give the impression that the teaching of our faith stands on that alone. The truths of our faith will often find corroboration in sociological data (e.g., cohabitation leads to higher risk of divorce), but the teaching of our faith stands on a much firmer and deeper ground than that latest study from this or that university.

We do well to acknowledge the full truth of where we’re coming from. We are disciples of Jesus Christ before all else. If Jesus truly becomes the Lord of my mind and heart, what does that mean for the way I live out my sexuality? If I believe in an all-loving and wise Creator, shouldn’t I take into account his purpose and intention when it comes to living out my sexuality? If I realize that I am steward and not owner of all that is mine—including my own body—what does that mean for sexual issues?

Too often, we reduce our answers to quick political or sociological talking points, which admittedly are sometimes convincing in the moment. But for the long haul, we do better to catechize fully and give honest answers: we live the way we do because we believe Jesus is Lord and Creator of all; and the truth and logic of God’s creation informs our love. For in the end, only the truth has grace—there’s no such thing as a loving lie.

By acknowledging the full truth of where we’re coming from, in my experience, we become less defensive; I’ve even found that it generally meets with more understanding and less hostility.

How can we grow in confidence in our ability to speak the truth in love and acknowledge the full foundation of our wondrous Catholic Faith, animated as it is by both faith and reason?

Andrew Swafford is associate professor of theology at Benedictine College. He is general editor and contributor to The Great Adventure Catholic Bible published by Ascension, and host of the Bible study Romans: The Gospel of Salvation (and author of the companion book), also by Ascension. Andrew is author of Nature and Grace, John Paul II to Aristotle and Back Again, and Spiritual Survival in the Modern World. He holds a doctorate in sacred theology from the University of St. Mary of the Lake and a master’s degree in Old Testament & Semitic Languages from Trinity Evangelical Divinity School. He is member of the Society of Biblical Literature, Academy of Catholic Theology, and a senior fellow at the St. Paul Center for Biblical Theology. He lives with his wife Sarah and their five children in Atchison, Kansas. Follow him on Twitter: @andrew_swafford