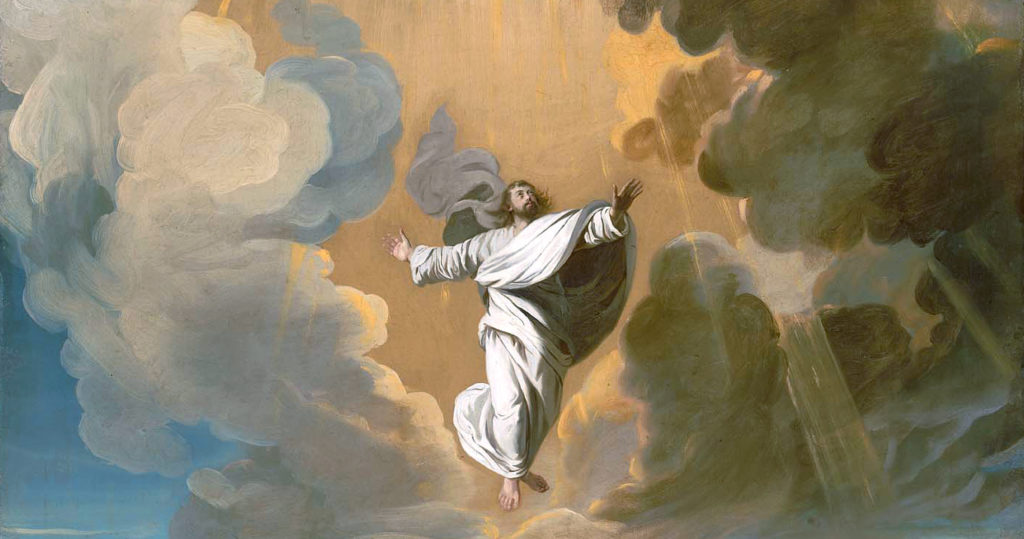 Consider these words from the Gospel of John:

Jesus’s own words reveal this when he later speaks to his detractors, saying:

“If you were Abraham’s children, you would do what Abraham did, but now you seek to kill me, a man who has told you the truth which I heard from God … Truly, truly, I say to you, before Abraham was, I AM.”

After saying this, his detractors “took up stones to throw at him.” They considered his words blasphemous. For Jesus was claiming that even though he is “a man” —who could even be killed—he pre-exists Abraham. What is more, he takes God’s Holy Name, “I AM,” for himself (see Exodus 3:14). Later in John’s Gospel, Jesus once again says to those who came to arrest him, “I AM he,” and “when he said to them, ‘I AM he,’ they drew back and fell to the ground” (see John 18:5).

The Necessity of the Incarnation

There are many more passages that speak of Jesus’ divinity and humanity. Indeed, John speaks of how “every spirit which confesses that Jesus Christ has come in the flesh is of God, and every spirit which does not confess Jesus is not of God” (1 John 4:2-3). So belief in the Incarnation is essential to our Faith. But why? Why is it so essential for us that God became man?

The Catechism, drawing from Sacred Scripture, provides four reasons for why God became man for us (see Catechism of the Catholic Church, 457-460):

God became man not just to save you, but to enable you to “become a partaker in the divine nature” (see 2 Peter 1:4). Jesus, who is God’s son by his very nature, by becoming man, has enabled you to be a child of God by grace. Through baptism, God “sent the Spirit of his Son into your heart, crying, ‘Abba! Father!’” (Galatians 4:6). Alleluia!

Does knowing that you are a child of God change how you live your daily life? How will you demonstrate God’s love in your life to others today?

Jesus: The Way the Truth, and the Life [study program]

Consecration to Jesus through Mary [Jackie and Bobby video]