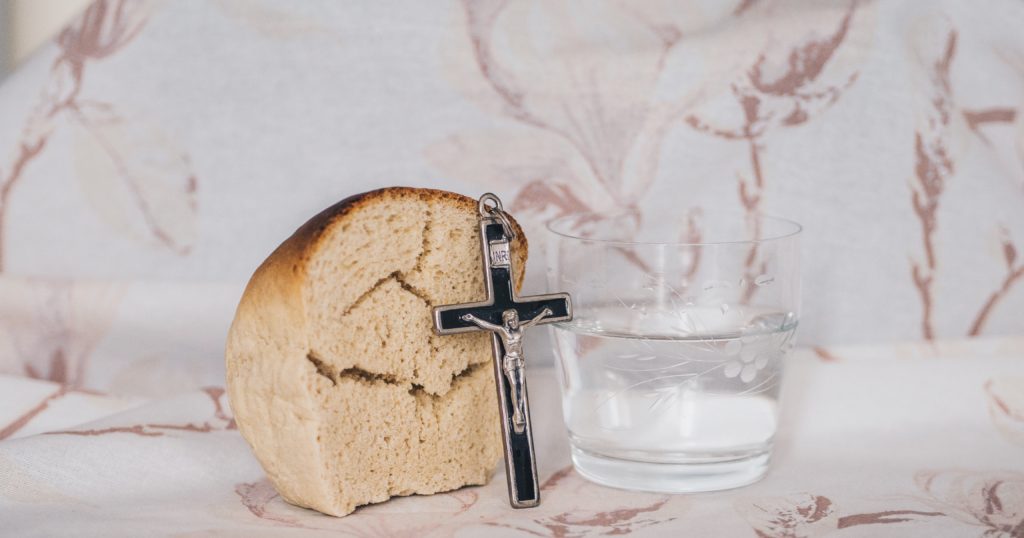 If I am honest I have to admit I have asked this question. Why Lent? Why do we do it? As a cradle Catholic, I have a decent amount of Lents behind me. The lazy side of me figures that if I do not “do Lent” well, or even at all, this year there is always next year.

But is there? Can I be sure there will be a next year? Not to be maudlin but I’m really only sure of this moment. What if this is my last Lent? Do I want to look back with regret that I wasted the chance to grow closer to Jesus? Do I want to have to tell God that it wasn’t important enough for me to make an effort? That his son’s sacrifice for my salvation wasn’t enough?

Some years I “do Lent” better than other years. I try every year. When I was a child it was because that is what the good Sisters told me to do. I had to decide what to give up (candy, of course) and I would carefully color in all the mimeographed pictures of Jesus in my Stations of the Cross booklet, but not really understand what was happening.

What Changed Lent for Me

As an adult I decided that giving something up was not doing anything for me. I had not yet learned about the benefits of fasting, so I would try to add something to my life. One year it was Eucharistic Adoration on Friday afternoons. Another year it was daily Mass on Tuesdays. A third year it was a book of Lenten reflections that kind of bummed me out.

It was OK. It was an obligation. Part of my motivation was guilt avoidance. I wanted to be closer to God but I didn’t know how to do it and it never occurred to me to ask him for help.

Our God is so good. He helps us if we ask. “For everyone who asks receives” (Matthew 7:7)  I asked and what I received changed Lent and the Mass for me.

Impact of The Passion Movie

There is a lot of noise in our world these days. There is a lot to read, listen to, and watch. It may or may not reflect God’s goodness and truth. I have heard Christ’s Passion proclaimed many times but it wasn’t until I watched the 2004 movie The Passion of the Christ, with Jim Caviezel as Jesus, that I began to appreciate what happened. I am not an auditory learner; listening is hard. After hearing the Passion during Mass for so many years, I began to tune it out. I was fixated on how long it took and how uncomfortable I was standing through it. Watching the movie changed the story for me.

What changed: I saw Jesus as a man. I saw his fear as he prayed in the garden. I saw what scourging really is. It is not just a beating. It is a process that literally tears the skin and muscle off the body and continues until the person is almost, but not quite, dead. For a moving reflection listen to Fr. Mike Schmitz’s homily from March 2018. At one point while listening, I became so nauseous as Fr. Mike described the horror I had to sit down for a moment.

I saw Jesus’ dignity and composure as they mocked him. I saw how long the thorns in the crown were and how he carried the Cross on his beaten, bloody shoulders. How did he endure it? After being awake all night and savagely beaten, he then hauled a heavy, wooden cross up a hill under a hot sun.

What Jesus Did for Us

I also saw Mary as she witnessed the beating of her beloved baby. I saw her mop up his holy blood. I saw her in the crowd and at the foot of the Cross, so solemn, so brave, never leaving the side of her savior and son.

And finally I saw Jesus crucified. This movie is graphic. It leaves nothing to our imagination. I had to close my eyes several times. There were images I still cannot get out of my head, but I needed to see them because they helped me understand just exactly what Christ went through, not just for the people who lived then but for us now and for me. When I saw the viciousness of it, I began to comprehend how much God loves us. No one would go through that if love wasn’t involved.

I also saw the Last Supper and Jesus offering the sacrifice of himself and his directive to the apostles to do the same in his memory. These images come to me at Mass and have given me new appreciation of what he withstood so I can one day be in heaven with him. In his Passion he connected heaven and earth. He gave us life and he saved us. We don’t have to die now. When our bodies are finally done here on earth, our souls get to move on. It is not our end; it is our beginning.

Why Lent? Why bother? For me, it’s because I do not ever want to take Jesus’ sacrifice for granted again. Even though it is so hard to remember what I saw, I need to do it because it is too big to forget. When I enter into the Passion I appreciate the Resurrection more. The light is brighter after the darkness. When I go to that sad place with the one I love, I am reminded of how loved I am and that my only deliverable is to get myself to heaven to be with him forever.

I also think I need to do Lent because I can. Not all Christians around the world have the luxury of attending Mass, fasting, and devoting extra time to God during Lent. Some are not able to practice their faith safely. So I want to observe it for them too, because we are all in this together.

Photo by Kamil Szumotalski on Unsplash

What Should I Do for Lent? QUIZ

Should You Give Up Swearing for Lent?

Picking a Thing for Lent