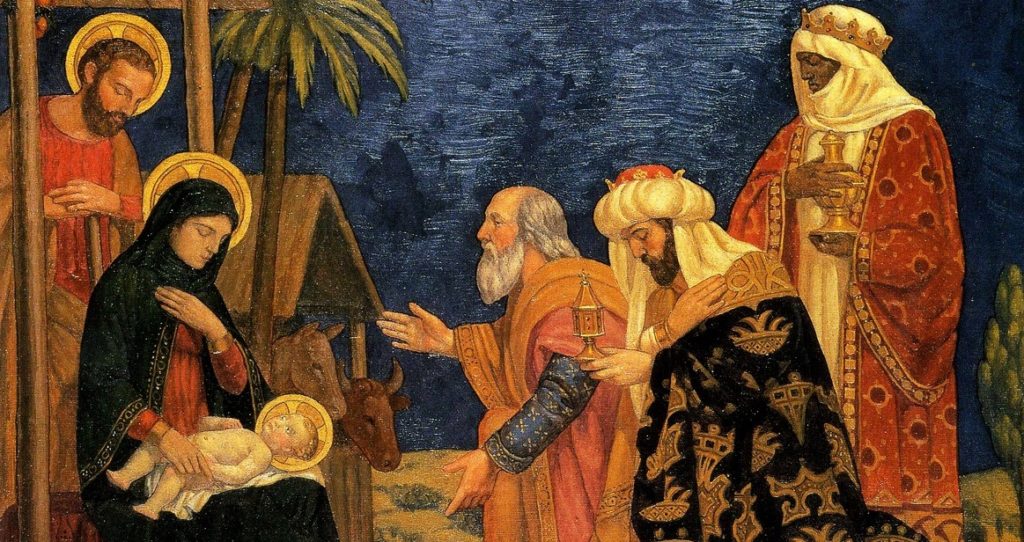 First the Son of God took on flesh and was born to the Blessed Virgin. Then his coming and his true identity had to be made known to the world. In a general way, that’s what the Solemnity of the Epiphany commemorates—the start of proclaiming the good news to every creature. More specifically, the solemnity commemorates Christ’s manifestation to the wise men, the first Gentiles to believe in him and worship him. The practices of the early Church and the teachings of Pope Leo the Great shed light on the meaning of the Epiphany.

St. Paul writes in his Second Letter to Timothy that God’s plan was “made manifest through the appearance of our savior Christ Jesus” (2 Timothy 1:10, emphasis added). The Greek for “appearance” comes into our language as “epiphany.” The word “epiphany” is defined as “an illuminating discovery, realization, or disclosure” (Merriam-Webster Dictionary). Now in the work of the New Evangelization, we continue to participate in the wonder of those first epiphanies by making Christ known.

Celebrating Christ Being Made Known

By the fifth century, the Church in the West had settled on the visit of the Wise Men as the main theme for the Solemnity of the Epiphany, since it is the first manifestation of Christ to the nations. The Epiphany was celebrated twelve days after Christmas on January 6, the date carried over from certain local churches in the East. The solemnity was celebrated for eight days, in what was called the Octave of the Epiphany.

Various cultures developed customs surrounding the Epiphany. In some countries, the Epiphany, rather than Christmas became the day children received their gifts, and they received them from the wise men rather than from Santa Claus. Some cultures developed traditions involving “kings’ cake” that had a figurine of the Baby Jesus inside it. Others marked the solemnity by inscribing the traditional initials of the Wise Men together with the numerals of the new year with blessed chalk over the entrance door of the house. Today, following Pope Paul VI’s revised calendar, the Epiphany is celebrated on the Sunday that falls between January 2 and January 8, toward the end of the Christmas Season.

Pope Leo the Great on the Epiphany of the Wise Men

Now let’s look exclusively at the Solemnity of the Epiphany as celebrated in the early western Church, in continuity with our own celebration of it. Pope St. Leo the Great, who reigned from 440 to 461 as Bishop of Rome, wrote an insightful series of sermons on the Solemnity of the Epiphany. Pointing out that the Gospel of the day told the story of the Wise Men’s visit, the Epiphany for Pope Leo was clearly on that theme and was a necessary follow-up to Christmas. Christ is not only born but revealed, and revealed not only to Israel but to the ends of the earth.

Like Leo, most of us are not in the bloodline of Abraham, the patriarch. The epiphany of the Wise Men, so early in Matthew’s Gospel, shows that we too have become part of God’s plan. God has fulfilled his word to the prophet Isaiah:

“The Lord has laid bare His holy arm in the sight of all the nations, and all the nations upon earth have seen the salvation which is from the Lord our God” (Isaiah 52:10, as quoted in Leo’s Sermon 36 on NewAdvent.org).

In the visit of the Wise Men, Pope Leo also sees the fulfillment of God’s covenant promises to Abraham. God promised Abraham that all peoples would be blessed through him (Genesis 12:3), that his descendants would be as numerous as the stars in the sky (Genesis 15:5), that he would be a father of many nations (Genesis 17:4), and that kings would come from him (Genesis 17:6).

For the Wise Men, the appearance of the great star meant the birth of a king, and this king was a descendent of Abraham. Further, this great star was the mode of invitation to the first Gentile believers, opening the door to countless peoples to join the covenant family of Abraham. For Pope Leo, these countless believers—ourselves included—are called to likewise be a multitude of guiding stars to others. By the witness of a holy life, we are called to point the way to Christ for others (Sermon 33). Pope Leo teaches that such a great grace and wonder behooves us to come together to praise God in a special solemnity (Sermon 34).

This great star was an invitation to the first Gentile believers, opening the door to countless peoples to join the covenant family of Abraham.

Pope Leo was famous in history for his Tome, delivered by his emissary at the Council of Chalcedon in 451. Upon hearing his words upholding the natures and person of Christ, the bishops at the council exclaimed, “Peter has spoken through Leo.” In his sermons on the Epiphany, Pope Leo shows confidence that the Holy Spirit revealed even to the Wise Men the truth of Christ being fully human and fully divine while united in (what future theologians would describe as) one divine person. Pope Leo teaches that we can perceive this from the gifts the Wise Men offered (Sermon 31).

The epiphany of the Wise Men shows God’s faithfulness to his promises of old and also prompts us to share his love with others. Pope Leo’s sermons are very conscious of God’s action in history. He connects the gospel both with the past and the present and teaches for transformation and conversion in Christ. He also stands with the Wise Men in awe of God’s power, love, mercy, and fidelity.

His approach must be ours as well for the Epiphany:

“Today those joys must be entertained in our hearts which existed in the breasts of the three magi, when, aroused by the sign and leading of a new star, which they believed to have been promised, they fell down in presence of the King of heaven and earth” (Sermon 36).

The Epiphany of the Lord

Michael J. Ruszala is the author of several religious books, including Lives of the Saints: Volume I and Who Created God? A Teacher’s Guidebook for Answering Children’s Tough Questions about God. He holds a master of arts degree in theology & Christian ministry from Franciscan University of Steubenville. He has served for a number of years as a parish director of religious education, parish music director in the Diocese of Buffalo, and adjunct lecturer in religious studies at Niagara University in Lewiston, NY. For more information about Michael and his books, visit michaeljruszala.com.