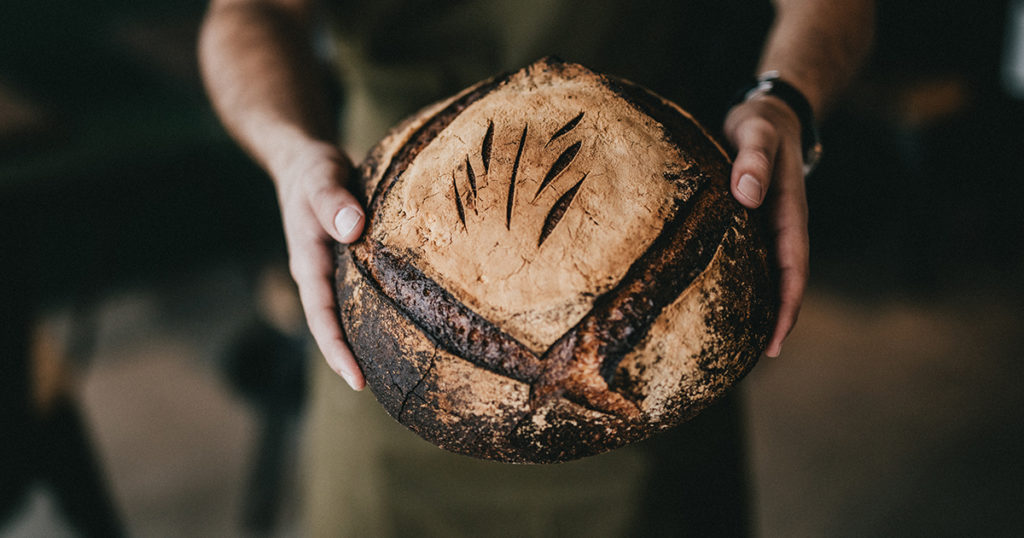 In anticipation of the Solemnity of Corpus Christi, today’s question comes from Lauren, who wonders about receiving communion from other (non-Catholic) churches. If attending a service where the congregation receives bread and wine but only considers it a symbol, Lauren asks if Catholics can receive, since we agree (at that church), it is only a symbol and not the Body and Blood of Christ. 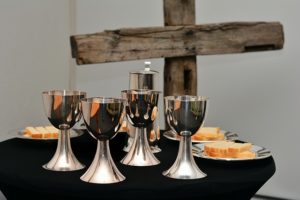 This question implies a lovely and accurate understanding of the Eucharist and what it means. More commonly asked is why under most circumstances non-Catholics are not permitted to receive at Catholic Mass. Since we believe that the substance of the bread and wine changes to the Body and Blood of Jesus at the consecration, while many non-Catholics do not, it understandably follows that they would not participate in the Eucharist at Mass. If the priest proclaims the host “The Body of Christ,” their assenting “amen” would lack authenticity.

However, this issue touches on something slightly different. If that congregation believes their bread is not the Body and if the well-informed Catholic believes the same about that bread (since we don’t see it in as consecrated in a Mass by a validly ordained priest), they both seem on the same page, do they not?

To understand the issue, let us look at the definition of the word communion. The word comes from the same root as “common,” and implies togetherness, sameness, unity regarding what occurs. While there is some union between the two faiths with regard to that host, in that no one there believes it to be anything other than bread, they do not share unity with regards to what it means to break bread among Christians. Remember what Scripture tells us about Jesus’ words at the Last Supper:

“when he had given thanks, he broke it, and said, ‘This is my body which is for you. Do this in remembrance of me.’ In the same way also the cup, after supper, saying, ‘This cup is the new covenant in my blood. Do this, as often as you drink it, in remembrance of me'” (1 Corinthians 11:24-25).

He Meant It Literally 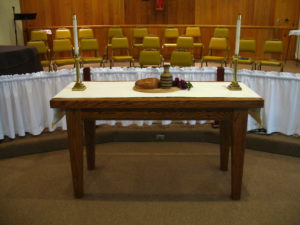 Remember, the Body of Christ is not just what the bread becomes, and it is not just the physical body used by Jesus when he walked on earth. We also believe, as Romans 12 teaches us, that the individual members of the Church are also parts of the one body in Christ. This body, right now, is sadly separated, and thus communion in the body would be impossible as there is no union of thought with regards to what that body is.

Jesus at that same Last Supper where he instituted the Eucharist, spoke exactly of this, thinking of future generations of Christians: “I do not pray for these [the disciples] only, but also for those who believe in me through their word, that they may all be one” (John 17:20-21). We are those who have heard, indirectly, through the word of the apostles, who passed the Faith down from generation to generation. Unfortunately, despite Jesus’ prayer to the Father, we are not all one currently. And to claim a union in the Body of Christ which does not currently exist would not be speaking the truth.

It Is The Sacrament

Catholics also believe that Communion is not just a remembrance, but a sacrament—indeed the Blessed Sacrament. With regard to this, the Church, in Canon 844, teaches:

This Canon not only states that only Catholics should receive the Eucharist at Mass, but that the only place we should receive it is in the presence of a Catholic minister (in this case, a priest, deacon, or Extraordinary Minister of Holy Communion). By so doing, the Church is protecting the faithful, making it so that we always understand that each time we receive (or, put differently “as often as you eat this bread and drink this chalice”), we are enjoying communion with our brothers and sisters, and in fact with Christ himself, as he intended.

Corpus Christi: The King(dom) is here!

A Biblical Walk Through the Mass: Understanding What We Say and Do in the Liturgy (Book)

A Biblical Walk Through The Mass (Study Program)