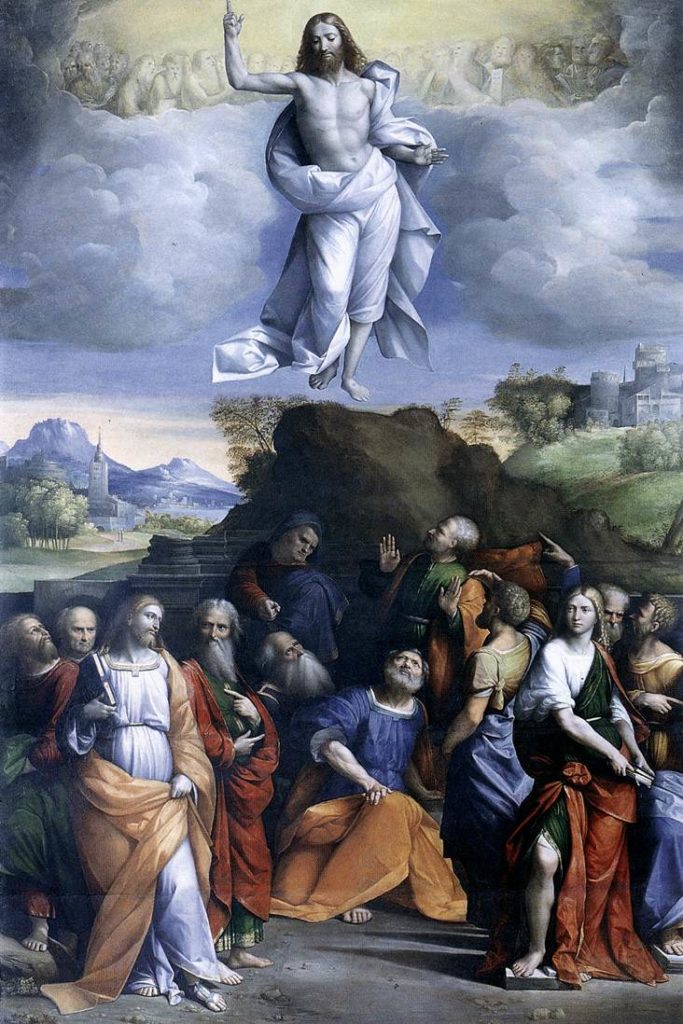 Sadly, devout Catholics who believe and practice their faith are often cartooned as being out of touch and out of sync with the “world” or at least the “times.” Our priests wear robes as if we still live in biblical times, we occasionally use phrases from an archaic and “dead” language, Latin, and we literally believe that Jesus not only rose from the dead, but forty days later physically, not just spiritually, flew up into the air beyond the clouds, promising to return one day. So, it’s believed, Catholics have had their heads in the clouds ever since. The world, according to the worldly-minded, appears to be something Catholics would rather avoid altogether. 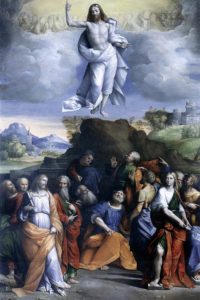 The French philosopher and convert to the Catholic Faith, Fabrice Hadjadj, would, however, disagree with this summation. The Feast of the Ascension is the perfect occasion to reestablish a firm foundation and a better definition of how Catholics truly relate to the world. Fabrice comments that, in fact:

“Christ’s Ascension is not an escape, but the way of being the fullness of everything. Don’t you find it magnificent? We are not asked to detach ourselves from earthly things, but to go to their origin, and this origin is heaven”

Though our hearts truly long to be with him, our feet are firmly planted on his good earth. Just like Jesus. He, after all, never shunned the world, or labelled it as a distraction to be avoided. He did not abandon it or encourage his disciples to do the same. Quite the opposite, Jesus spent long periods of time in a reverent gaze on the book of creation, and pulled his parables constantly from the good things of the earth; wind and water, fire and wheat, bread and birds and lilies. Look at these things, he encouraged us and sees them as so many flagstones leading to “My Father’s House.”

Now we look to Christ on this great Feast of the Ascension and he is going back to that Heavenly Place. Jesus’s word in John 12:32, “When I am lifted up I will draw all men to myself” is a beautiful line pointing to the Cross, but perhaps just as gloriously it lights a way to the Ascension. Like the disciples, with feet on the earth, we allow our hearts to be uplifted and moved by this Word who came and dwelt among us, but who has no where to lay his head. He is a presence that is never stagnant, but dynamic. In him we live and move and have our being, and it’s a being on the move. As the philosophers say we are all “homo viator”—persons on the journey. Jesus made the disciples at Emmaus believe, even after their seven mile walk, that he “was continuing on” and indeed he was. And isn’t his Ascension still more of a beginning than an ending of his revelation on earth? As the line from C.S. Lewis’ Narnia books echoes, it’s always “further up, further in.”

“The incarnation is only the first part of the movement. It becomes meaningful and definitive only in the cross and the resurrection. From the cross the Lord draws everything to himself and carries the flesh – that is, humanity and the entire created world – into God’s eternity” (Ratzinger, A New Song for the Lord)

That eternity is now unveiled as the very real body of Christ pierces the clouds and carries our hearts up with his. And oh how they are burning within us! His body and blood, soul and divinity now draw all things up and everything is holy now, and everything is made new. The water and wind and rain that touched him are now taken up. The fruit and the bread and the walks and talks and a thousand other things he experienced here are now part of There. You can in fact “take it with you” when all of it has been assimilated harmoniously in holiness.

Now we see more clearly what this world and our time here is really meant to be all about. Again, C.S. Lewis wrote, “I believe in Christianity as I believe that the sun has risen: not only because I see it, but because by it I see everything else.”

The Ascension of Our Lord

He Lifted Up His Hands and He Blessed Them

Solemnity of The Ascension of The Lord