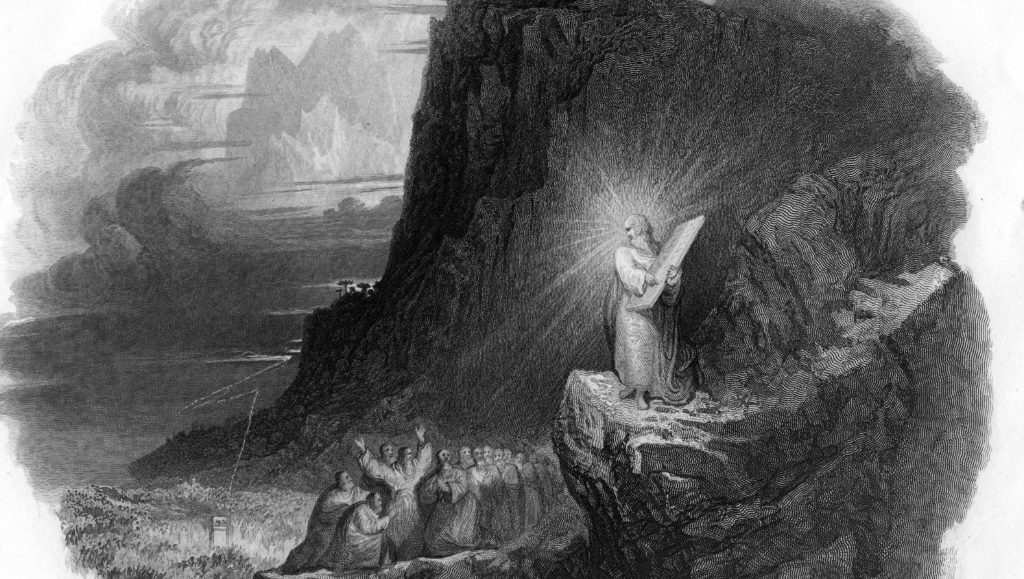 Today, over eighty-five percent percent of the global population is literate. That rate is often higher in developed countries. However, it’s all too apparent that just because someone is literate, that does not mean that said person is capable of correctly understanding what the printed word actually means.

The typical militant atheist or antagonistic agnostic provides an excellent example of this phenomenon. Oftentimes, such people feel the need to quote from the Sacred Scriptures, which Christians recognize as the Word of God. When they do so, it’s usually done in a way that twists the meaning of the Scripture quoted. Sometimes this is the cause of understandable ignorance. But other times, it’s so clear that a particular passage has been taken out of context that faithful Christians find their heads spinning.

This is especially true when we turn to one of our culture’s most heated of current issues: the immorality of sexual acts between members of the same sex, and whether or not those in such relationships can be married. Unfortunately, many Catholics don’t know how to respond when challenged with Scripture. Sometimes these Catholics, even certain clergymen, agree with these erroneous interpretations of Scripture. Let’s take a look at what some of the most egregious mistakes are, and find out how we can give those that challenge us an accurate interpretation. 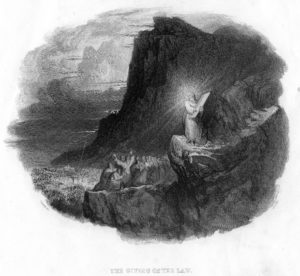 There are two specific places where homosexual sex acts are most explicitly condemned in the Bible: Leviticus and the Letters of Paul. Most people usually focus on Leviticus as Levitical law is full of condemnations of a variety of activities.

There is an infamous open letter that has been making the rounds across the web for several years now. It was addressed to radio talk show host Dr. Laura Schlesinger and it has been often used by atheists and agnostics to openly mock Sacred Scripture and Church teaching. Surprisingly, this same letter was quoted by Fr. James Martin in a speech he recently gave at Georgetown University, as he made the point that, “People take the Bible often out of context when they’re talking about different teachings from the Bible. And they do that in a way that they do for almost no other group.” As he read portions of the open letter which lampooned Dr. Schlesinger’s understanding of the teachings in Leviticus, those in attendance often laughed, prompting Fr. Martin to comment that “It’s good to laugh because people use the homosexuality texts in that way, without any historical context.”

Unfortunately, it’s the author of this open letter that has taken Scripture out of historical context with its caricature of how Christians interpret the Old Law in light of the New Law. For example, the letter states:

When someone tries to defend the homosexual lifestyle… I simply remind them that Leviticus 18:22 clearly states it to be an abomination—end of debate. I do need some advice from you, however, regarding some other elements of God’s Laws and how to follow them.

Leviticus 25:44 states that I may possess slaves, both male and female, provided they are purchased from neighbouring nations. A friend of mine claims that this applies to Mexicans, but not Canadians. Can you clarify? Why can’t I own Canadians? …

“Most of my male friends get their hair trimmed, including the hair around their temples, even though this is expressly forbidden by Lev. 19:27. How should they die?

It’s clear how drastically the letter’s author has taken Scripture out of context, and then contemptuously closes the letter by saying “Thank you again for reminding us that God’s word is eternal and unchanging.”

What many people fail to realize is that when we look at the 613 commandments of the Old Law, we find that not all of them hold the same moral weight, and that they must be distinguished from each other. Some of them pertained exclusively to a certain people (the Jews) in a certain time and place, such as the trimming of hair. On the other hand, some of the laws pertained universally to all peoples in all places. In an interview with Catholic World Report earlier this year, Fr. Mike Schmitz brings some clarification to this subject which has been obscured by so many in recent years:

When it comes to the Old Testament—say, Leviticus—it’s troubling to me sometimes when people just lump Leviticus together as one general book. It is one book, but there are divisions in that book with regard to different kinds of laws, and those laws are very clearly indicated. It’s very clear that when you read Leviticus, and understand it, [you can say] that, ‘Oh, these are laws regarding the temple. These are laws, strictly speaking, regarding the kingdom of Israel or the community of Israel. And these are laws that have to do with all human living.’ If you want to go to the commandments regarding homosexual activity, those are clearly referencing not just the Jewish people, but the entire community surrounding the Jewish people as well, including the Canaanites and whatnot.

This is exactly what the author of the open letter, and its proponents, have done by not thoroughly reading Scripture and understanding it in context: they have lumped all these commandments together when it is clear that only some of these are to be applied universally. St. Thomas Aquinas, in his Summa Theologica further elucidates the topic, showing that there are three distinct divisions in the precepts of the Old Law, and only one group of these three groups apply to us today, emphases mine:

Objection 2: …Since, then, the moral precepts are about acts of virtue, as stated above (Article 2), it seems that the ceremonial precepts should not be distinct from the moral.

I answer that, as stated above (Article 3), it belongs to the Divine law to direct men to one another and to God…. We must therefore distinguish three kinds of precept in the Old Law; viz. “moral” precepts, which are dictated by the natural law; “ceremonial” precepts, which are determinations of the Divine worship; and “judicial” precepts, which are determinations of the justice to be maintained among men. Wherefore the Apostle (Romans 7:12) after saying that the “Law is holy,” adds that “the commandment is just, and holy, and good”: “just,” in respect of the judicial precepts; “holy,” with regard to the ceremonial precepts…; and “good,” i.e. conducive to virtue, as to the moral precepts.

When we speak of the moral precepts, those that are conducive to virtue, we are dealing with that law which is written upon our hearts. These moral laws are laws that apply to all of mankind in every time and place, simply because what is good and what is evil cannot change with time. Since God is all-good, and God is immutable, we can reason that the moral precepts are unchanging and are not merely disciplines that can change, such as the ceremonial and judicial precepts of the Old Law, or by extension, modern day disciplines such as abstinence from meat on Fridays or priestly celibacy.

In light of this, we are faced with the fact that there are many people in the world today who do not see anything morally wrong with sex outside of marriage. Now, with marriage being redefined across the world, is it any surprise that many in our culture see nothing morally objectionable with sexual activity between people of the same sex? It’s this attitude that has led to this high “illiteracy rate” of Scripture among many in the twenty-first century. It is now the people that subscribe to the orthodox and magisterial interpretation of Scripture and Tradition that are being accused of understanding and reading things out of context, instead of the other way around. This is why Scripture’s condemnations of sexual activity between people of the same sex has to be depreciated by those who see things in a revisionist way, and say things like, “Since we don’t persecute people for ‘planting two different crops in the same field’ anymore, we shouldn’t regard those engaging in sexual activity with people of the same sex as doing anything wrong either.” Sometimes the appeal is even made by Christians that since Jesus inaugurated the New Covenant, all those old prescripts—from crop planting to same-sex sexual activity—have been thrown out. But there’s two things we can say to this.

First, such an assertion is simply too much. If this is true and all of the precepts of the Old Law are null and void, then this would mean that things like incestuous relationships and bestiality are no longer sinful either, as both of these types of sexual activity are also condemned in Leviticus. Second, Jesus himself reminds us of this in the Gospel: “Do not think that I have come to abolish the law and the prophets; I have come not to abolish them but to fulfill them. For truly, I say to you, till heaven and earth pass away, not an iota, not a dot, will pass from the law until all is accomplished.” (Matthew 5:17-18) The footnote for verse 17 in the Catholic Edition of the Revised Standard Version clarifies further: “Jesus came to bring the old law to its natural fulfillment in the new, while discarding what had become obsolete; cf. John 4:21.”

Certain things were fulfilled, or brought to completion, such as the declaration that all foods are clean. This is why the open letter’s author is way off the mark when he gets bent out of shape about shellfish: “A friend of mine feels that even though eating shellfish is an abomination—Leviticus 11:10—it is a lesser abomination than homosexuality. I don’t agree. Can you settle this? Are there ‘degrees’ of abomination?”

Well, as we covered, there are indeed different “degrees” to the precepts of the Old Law. If the author would’ve turned some pages in his Bible to get to the New Testament (cf. Acts 10: 9-16), he’d see what the inauguration of the New Covenant has done to the ceremonial laws such as this one: they became “obsolete”. But the moral laws, such as those found in the Ten Commandments, have not been done away with. It’s noteworthy to mention that St. Thomas Aquinas makes a very salient point in his Summa regarding the moral aspects of the Old Law and those things that are not explicitly stated in the Decalogue. He first states that “the precepts of the Decalogue cannot be changed by dispensation”. He then goes on to point out the following:

It’s not only those things revealed to us in the Decalogue that pertain to the moral law, but to its corollaries as well. Regarding “unnatural sins”, St. Thomas is simply drawing the same conclusions that St. Paul makes in his Letters (cf. 1 Corinthians 6:9-11; 1 Timothy 1:9-11; Romans 1:18-32). For more on this, Fr. Schmitz and Patrick Madrid go deeper into this connection in a mock debate (52:33-1:02:00).

Through reading the writings of the saints and listening to orthodox theologians on the subject, we can see that it’s not the Church that has taken these sections of Leviticus and St. Paul’s Letters out of context. The Church has clearly studied this complex issue in a very in depth manner. It’s the revisionists that have twisted the words of Sacred Scripture and Tradition to mean something that they do not; to make them more palatable to a twenty-first century world where virtually anything goes. Thankfully, if we stay grounded in the Church’s perennial Tradition, we’ll be able to answer those who question the Church’s teaching in a clear and compassionate way.

Why Do We Have to Follow Some Biblical Laws and Not Others?

Do Catholics Follow All Those Weird Old Testament Laws? (Podcast)