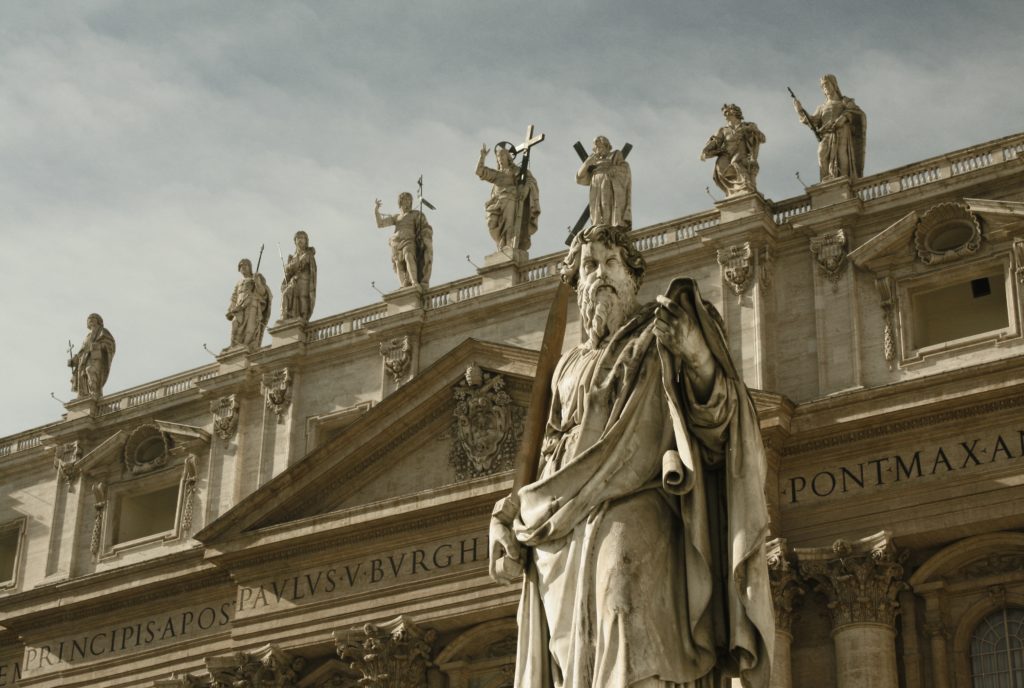 Recently, bishops, priests, and laity alike celebrated an important anniversary. On October 11, the Church commemorated the twenty-fifth anniversary of the Catechism of the Catholic Church’s (CCC) promulgation. This was the first universal Catechism to be published since the Council of Trent, over 400 years ago. In an address given that same day, Pope Francis remarked: 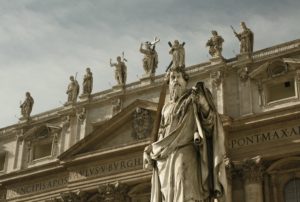 As the pope points out, the Catechism has been a tremendous gift to the people of the Church, as it synthesizes not only what is revealed to us by Sacred Scripture, but also that which comes from Sacred Tradition and the Church’s Magisterium. For the past quarter century, Catholic Christians the world over have used the Catechism as a basis for local catechisms, Bible study, and as a source of knowledge about Jesus Christ. But some have noted that the Catechism was put together by a committee of bishops, and wonder if this compendium of Catholic teaching is nothing more than personal opinion. Do we really need the Catechism to help us study Scripture more fruitfully, and to come to a better relationship with our Lord Jesus? In short, yes!

The Stigma of Protestantism

When we look back at how the Catechism was formed, we learn that the text is much more than just a simple opinion. Instead, we find that the Catechism contains the truth about Jesus Christ and his Church. Think about it this way. There are thousands of different Protestant denominations today. Each one of those different denominations represents, essentially, someone’s opinion. How can we possibly know which one is right? These non-Catholic Christian communities do not have a teaching authority in place to interpret Scripture; many of them claim that the Bible is clear enough for anyone to discern its true meaning. Obviously, this has led to people disagreeing over whether or not baptism is a salvific action or a mere ordinance, to whether or not the Eucharist is actually Jesus’ Body and Blood or just a symbol. This is why we have to turn away from a mere opinion and find an authority that can definitively state whether a given Bible passage means this or that. Such an authority can’t be found in the myriad of Protestant denominations.

That authority can only be found in the Catholic Church. The best image to give in order to explain this is that of a three-legged stool. Such a stool is sturdy; if you sit on it, it’s going to stay firmly grounded. However, if you take away one of those legs, the entire thing collapses and falls apart. The Catholic Church is like this three-legged stool; it is grounded in the Truth. The three “legs” of the Catholic Church are Sacred Scripture, Sacred Tradition, and the Magisterium (or, teaching authority) of the Church. All three components are necessary in revealing to mankind what the will of Christ, our God, is.

Teetering over the Edge

When the Reformers broke away from the Church, they also removed the Magisterium, and in virtually all cases, Sacred Tradition as well. The various non-Catholic Christian churches and communities all teeter on one or two legs, easily falling over when scrutinized. This is because the opinions of men were preferred over sure teaching of the Church. In his Apostolic Constitution Fidei Depositum (The Deposit of Faith), promulgated in conjunction with the Catechism, Pope St. John Paul II shows us why we should hold up the Catechism as something much more meaningful than another opinion (bold emphases my own):

Let’s unpack what this great saint has written. If we profess to be Catholic Christians, then we recognize that St. Peter, and his successors, have been given a special authority by Jesus himself: “I will give you the keys of the kingdom of heaven, and whatever you bind on earth shall be bound in heaven, and whatever you loose on earth shall be loosed in heaven” (Matthew 16:19). If we believe the clear words of Jesus, then we recognize that the papacy possesses a unique authority that confirms us in the truths of the Faith.

So when we see St. John Paul invoking that authority, instead of giving his own opinion in regards to this “statement of the Church’s faith and of Catholic doctrine”, we can be assured that what we find contained in the Catechism is something that presents the objective truth of Christ and not a subjective, personal viewpoint. Now with this “sure norm for teaching the faith” in our hands, having the Catechism nearby when studying Scripture or the writings of the saints is almost indispensable in helping us come to understand better those “unfathomable riches” found in the good news of our salvation.

In an FAQ put out by the United States Catholic Conference of Bishops, the bishops clarified how much authority the Catechism has on ordinary Catholic Christians. Since many of the teachings and doctrine found inside are infallible, it turns out the Catechism is very authoritative:

What is the doctrinal or teaching authority of the Catechism?

Is the doctrinal authority of the Catechism equal to that of the dogmatic definitions of a pope or ecumenical council?

By its very nature, a catechism presents the fundamental truths of the faith which have already been communicated and defined. Because the Catechism presents Catholic doctrine in a complete yet summary way, it naturally contains the infallible doctrinal definitions of the popes and ecumenical councils in the history of the Church. It also presents teaching which has not been communicated and defined in these most solemn forms…

Does this mean that the Catechism can be disregarded?

No. The Catechism is part of the Church’s ordinary teaching authority. Pope John Paul II placed his apostolic authority behind it. Its doctrinal authority is proper to the papal Magisterium… The Catechism presents Catholic doctrine as an organic whole and as it is related to Christ who is the center.

The Certitude of the Magisterium

Remember, the Magisterium, which is the Church’s teaching authority, is part of that three-legged stool the Church stands on. Without such an authority, Christianity splinters and collapses. Put another way, the Magisterium “is not superior to the Word of God, but is its servant. It teaches only what has been handed on to it… aroused and sustained by the Spirit of truth, the People of God, guided by the sacred teaching authority (Magisterium), … receives … the faith, once for all delivered to the saints” (CCC, 86-87).

The bishops in their above answer note that the Catechism was put forth by St. John Paul as part of his “ordinary Magisterium.” In the words of Rev. John Trigilio, Jr. and Rev. Kenneth Brighenti, this mode of papal teaching is “[one] way that an infallible teaching is taught to Catholics… This teaching of the popes is consistent, constant, and universal through their various documents, letters, papal encyclicals, decrees, and so on.” St. John Paul’s Apostolic Constitution that declared the Catechism to be “a sure norm for teaching the faith” is one of those decrees.

So we can see here that this “sacred teaching authority” of the Magisterium supplies us with the doctrines and dogmas of the Faith that are found throughout the Catechism. If many of the things we found in the Catechism were merely opinions, there’d be no way the U.S. bishops could say with a straight face that the Catechism contains “infallible doctrinal definitions.” A few years before the Catechism was released, St. John Paul addressed the issue of personal opinions on matters of faith and morals during an address to participants in a congress on moral theology. His words can rightfully be said to describe not only the opinions of dissident Catholic theologians, but of non-Catholic Christian theologians as well (bold emphases mine):

These are words we should deeply reflect on. With so many different viewpoints out there on what any given Scripture passage might mean, Christ knew that we would need a beacon to shine through the fog created by all the false teachings out there. We can avoid reading a Scripture passage, or understanding a truth of our Christian faith, erroneously by looking to the teaching authority that is proclaimed in Christ’s name. St. John Paul makes it clear that our own opinions are not “sure”; that even the opinions of theologians aren’t “sure”. What the Magisterium teaches is not on par with these opinions. Only what is proclaimed by the pope (and bishops united with him) through the Magisterium can be called a “sure teaching” since it has its authority in Christ’s name. This is why it’s important to take what is written in the Catechism seriously. Much of what the Catechism contains has been declared infallibly by the Magisterium. Using it in our daily lives and study will help us to come closer to Jesus, and we can be assured of its truthfulness because of the divine source from which it stems.

Unsplash photo is by Nils Huber.

How Do I Explain Catholicism to My Friend?