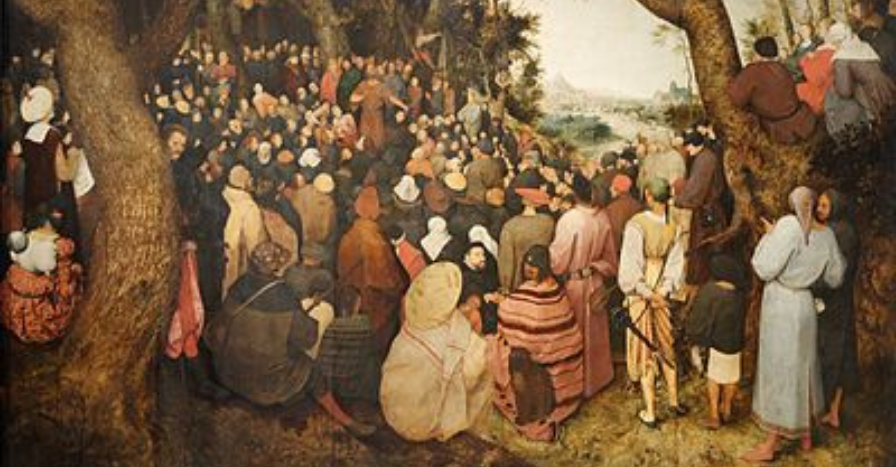 If we can place a proper translation on everything that John the Baptist acted on and preached about, it would be something very simple and straightforward: Pay attention! He enters the scene of Scripture in the womb of his mother, Elizabeth. When Mary arrives to see her cousin, after the Blessed Mother had conceived the Son of God in her womb, John leaped for joy (Luke 1:44). Even before he was born, John points others to Christ and calls on the attention of his mother, Elizabeth, of Mary, and of all those who read the account of the Visitation of Mary to Elizabeth. With this strong decisive action, John sets the stage for a life of calling attention, not to himself, but to Christ.

When John begins preaching, he urges everyone who listens to prepare for what, and who, is coming. He tells the crowds to prepare through the practice of repentance along with a direct call to deep and radical conversion because the one who is coming will change and transform everything in their lives. Each time the crowds are caught up with John’s preaching or prophecies, he deflects the attention off of himself and places it back on the one who is to come after him.

The perfect example of this is found in the first chapter of John’s Gospel. John the Baptist has been testifying to the truth of all eternity: God is on his way, he is coming to us and will bring all of creation to himself. However, some are coming to believe that John may be the one who they have been waiting for. Here, he sets the record straight once and for all. The Pharisees come to John and ask him why he would be baptizing if he is not the Messiah or the return of Elijah the prophet? The Baptist answers by stating that he only uses water to baptize, “but among you stands one whom you do not know, even he who comes after me, the thong of whose sandal I am not worthy to untie ” (John 1:26-27). This man, of course, is Jesus Christ. The fact that Jesus is “among” them is a detail of the utmost importance. God is not in some far-off, magical land, he is right there with them. Since no one recognizes Christ, John will call him out and sets the example for all future disciples to do the same.

The Gospel continues and we see that the following few days involve John the Baptist and Jesus coming into contact with one another. John proclaims the same phrase on both occasions: “Behold, the Lamb of God” (John 1:29,36). The “behold” that begins this phrase is both biblically profound and practically important. Most accurately we can translate it from the original word to mean, “Look!” or “There it/he/she is!”

Picture John saying this to his disciples while pointing his finger in the direction of this popular rabbi from Nazareth named Jesus. On the first day, John says this phrase and explains what he means by it. This man is the one whom I have been talking about. The Messiah has finally come. On the second day, Jesus walks by John and his disciples again, and John repeats the same proclamation. However, this time two of John’s disciples listened to these words and acted on them. They followed Jesus on the way. After a short distance, Jesus turns to them and asks the question of faith: “What do you seek?” (John 1:38). Jesus forces them to seriously reflect on why they started to follow him on the way. Christ walks by them, and yes they follow his footsteps, but only from a distance.

Jesus, in a sense, is saying to these two disciples and to all of us: come closer or do not come at all. Trust me, come after me with everything you are, because I am the one who you have been waiting for, and I will never fail you. In the eyes of God, nothing less than everything will do: Christ desires our whole heart. These two men accept the invitation of Jesus, “they stayed with him that day,” (John 1:39) and their lives were never the same.

With the aid of John the Baptist, countless people were made aware and made ready for the coming of the Messiah. He did this in many ways, but most vividly and powerfully, he accomplished it by showing others how to pay attention. May we always listen to how we are being asked to be on alert for God, and may we always respond to Jesus’ invitation to “come and see.” Faith starts with his coming, matures with our awareness of his presence, and reaches its pinnacle when we follow him closely—and never from a distance.

St. John the Baptist, pray for us, and help us point others to Christ.

Becoming Like John the Baptist [Encountering the Word Video]

Was John the Baptist a Reincarnation of Elijah?

Memorial: Passion of John the Baptist