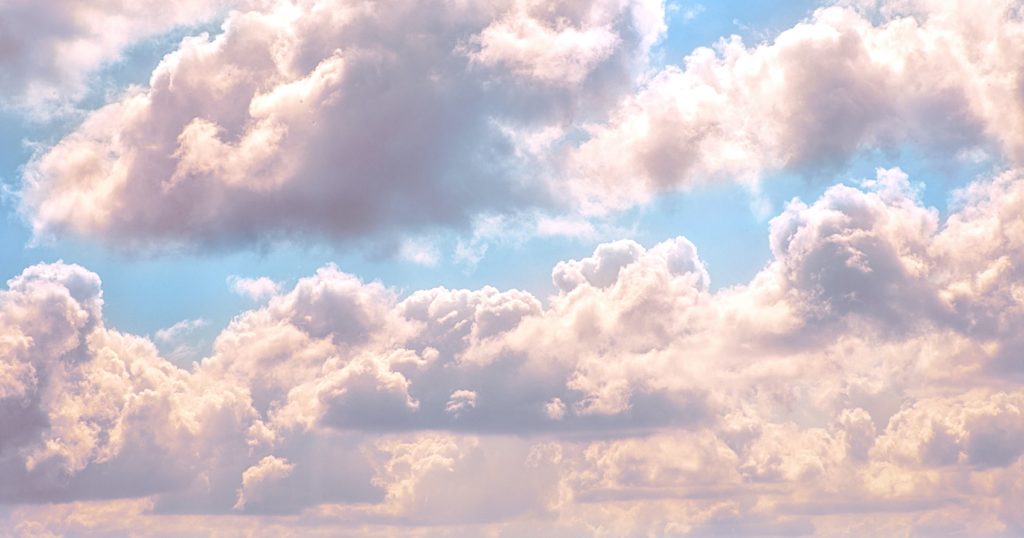 More than once, having paused from my daily tasks or stresses, I have glanced up at the heavens, searching for the reminder that there is something more than just what our earthly existence can provide. Often, during those times looking at the sky, I have watched the clouds, occasionally making out shapes arranged within them. Like children who might excitedly shout, “That cloud looks like a sailboat,” for a moment, the shapeless clouds give way to something tangible and clear.

And then, just as quickly as the image was revealed, the clouds shift and the image is no longer there: no longer crisp and certain as it once was. Sometimes the clouds in the sky change into a new image, while other times, they remain just that, clouds.

Embarking on the Path of Discernment

It is in recalling the ever-morphing clouds in the sky that I reflect on the ever-adapting process of discernment. To discern means to try and figure out God’s will for you in a given situation. These situations are typically not the day-to-day questions of what to eat or what to wear, but surround bigger, more multifaceted life questions such as whether or not to take a given job, move to a different state, or marry a certain person.

Oftentimes, discernment can be for a major decision, but from what I have learned from experience, discernment in many areas of life is often not a “once and done” process. In fact, it is a process consistently requiring us to ask again and again, reflect again and again, and ultimately continue to discern for the rest of our lives where we will be best suited to serve God and others.

Love One Another as Faithful Stewards

The other day, I was reading two small booklets by two priests, and was fascinated by the parallels I saw between the two on discernment. The first booklet was Love One Another: A Retreat Guide on St. Thérèse’s Little Way of Charity by Fr. John Pietropaoli. The booklet quotes St. Thérèse of Lisieux, who said:

“Just as the sun shines simultaneously on the tall cedars and on the little flower as though it were alone on the earth, so Our Lord is occupied particularly with each soul, as though there were no others like it.”

In other words, the Lord sees us and is concerned about us and has a purpose for us regardless of our background, status, or ability. This belief is one of the first steps in any discernment. Once we come to view God as being invested in us and our lives, we begin to believe that God cares about us and that our actions and choices matter to him. Only then, can we begin to ask where we might best serve him and others.

The author quotes St. Thérèse of Lisieux again who, after contemplating her own place in God’s creation, concludes:

No matter our state of life as single, married or religious, after acknowledging God’s love for us, we can move our discernment process toward what will allow us to give and to receive the greatest amount of love. And in desiring this outcome of love, I believe our journey of discernment will be richly blessed.

The second booklet I read was The Faithful Steward: A Lenten Retreat Guide on St. Joseph by Fr. John Bartunek. After the description of Jesus’ foster father, we read:

“Although he [St. Joseph] had such an extraordinary role to play in salvation history, he was one of the most ordinary of saints. He performed no miracles and made no spectacular slashes. All he did was hear and obey the voice of God and work hard to fulfill his normal duties. That’s a path to holiness and happiness that all of us can relate to.”

When discerning, we might consider that Christ is calling us to something beyond ourselves. And indeed, St. Joseph was a part of something greater than himself in protecting and providing for Jesus. Nonetheless, he did so by “fulfilling his normal duties.” St. Joseph went about his days in faithfulness to those God had placed in his care and his daily commitment to carrying out the tasks that were before him and that was enough for him and for the Lord.

Entering the discernment process with goals of loving God, ourselves, and those around us while doing what we can to carry out our daily tasks faithfully as ministers to others can be good places to start when considering any big decision.

For those looking for concrete ways to enter into the discernment process of a decision, I have found the Daily Examen Prayer helpful. This method of prayer is modeled by St. Ignatius of Loyola. This particular Examen Prayer has the following five steps and is commonly prayed at the start or end of each day.

My final advice when it comes to discerning any big decision, opportunity, or crossroads in one’s life is threefold.

Even if you don’t know exactly where you are supposed to be, trust that God is loving you and helping you through any and every situation.

How to Discern Pretty Much Anything [CFRs Video]