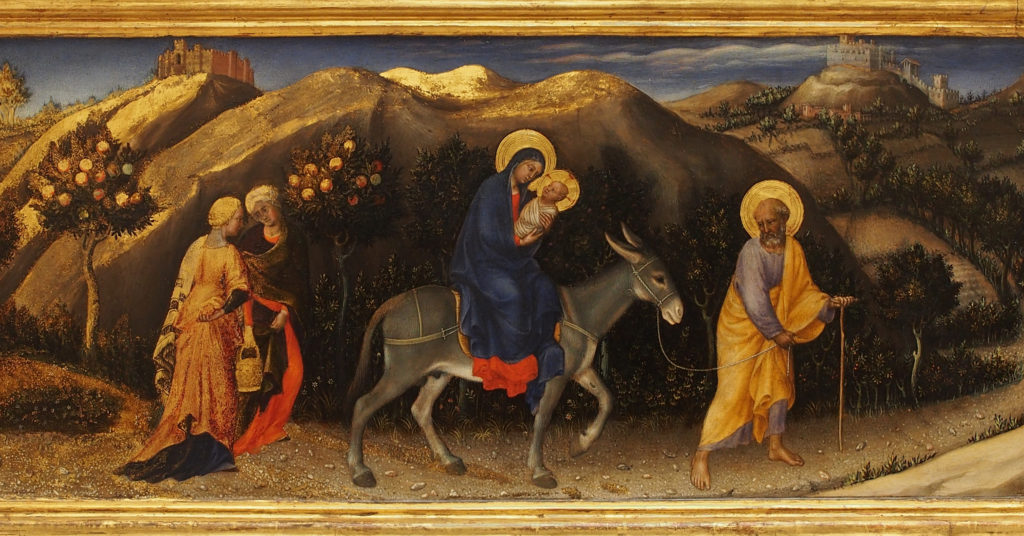 In that hazy time between awake and asleep, when the dream is still real and plausible, I am sure I am brilliant. When I awake fully, the hair-brained nature of the dream becomes evident in the sharp morning light. Alas, I am not a genius.

Dreams are a thing in the Bible. Joseph, of amazing colored coat fame, interpreted dreams of others and earned himself a place in Pharaoh’s government. Daniel did as well and got to work for King Darius. Pilate’s wife warned him to not get involved with Jesus after a dream she had.

Joseph, husband of Mary and father to Jesus, was also no stranger to divine communication via dreams. In the first chapter of Matthew we read about an angel coming to him with a message to not be afraid of marrying Mary; her child is from the Holy Spirit. Good man that he was, he recognized the veracity of the dream and did not dismiss it as the result of having eaten some meat that had gone bad the night before. Joseph knew it was not physiological in nature. It was the real thing and he proceeded with the original plan of marrying Mary.

There are no recorded words spoken by Joseph in the Bible. He has been referred to as Joseph the Silent. But from his actions we gain insight into who he was. Joseph was tasked to be the earthly father of the Son of God. He, in effect, had his own annunciation experience in the first dream when the angel came to him. His fatherhood and the authority that goes with it is conferred on him when the angel tells him to name Mary’s baby Jesus. Such an honor is reserved for the father of the baby (see Redemptoris Custos by Pope John Paul II).

We see Joseph acting with complete trust in God. In a time and place where women were killed for adultery, others would understand had he quietly divorced her. When he agreed to God’s plan and committed to Mary and the fatherhood of Jesus, he acted counter-culturally. He trusted that the angelic message regarding Jesus’ conception was real and not the product of an odd dream.

He served God in the vocation of fatherhood that he was called to. We can use our imagination to envision what that looked like. We can impose our own experience of parenthood, or if we are not parents, our own experience of loving family, on him and imagine what his life living with and raising Jesus was like. Joseph, as Jesus’ father, was involved in his care and responsible for his safety. He may have felt the weight of having to provide for his family.

His Vital Role in the Story

After two years of fatherhood, Jesus’ life was threatened by Herod and Joseph is told in a dream to rise and take the family to Egypt. A second dream was probably not a big surprise. He was obedient and he trusted. Despite having nowhere specific to go and no way of supporting himself or his family, he went, in the dark of night. He did what any loving father would do to protect his child, trusting that God would take care of them. God did.

We can imagine his fear for the safety of his wife and child. We can imagine his worry about the necessities of life. We can imagine his awe at the instructions and the immediacy and we can wonder if he wondered about it. But we know he acted. We know that from the moment of his acceptance of the message in the first dream, Joseph embraced God’s perfect plan.

In Joseph we see a man who radically trusted God. We do not know if he initially struggled with what God asked of him; we only know he obeyed.

Whether we are man or woman, single or married, a parent or not, we can hold Joseph up as a model of trust and fidelity to God and his plan. When we struggle with what God asks of us, we can ask for intercession from St. Joseph. We can thank him for his obedience and docility. He played an important, yet quiet role in salvation history.

The Annunciation: 'Greatest Event in Our History'
Joseph
What We Can Learn from Zechariah's Doubt and Mary's Faith
Advent Meditation: The Nativity through Joseph's Eyes.
Has Ascension's free media strengthened your faith?
You can now offer ongoing support for this content with a recurring gift.
Support Ascension