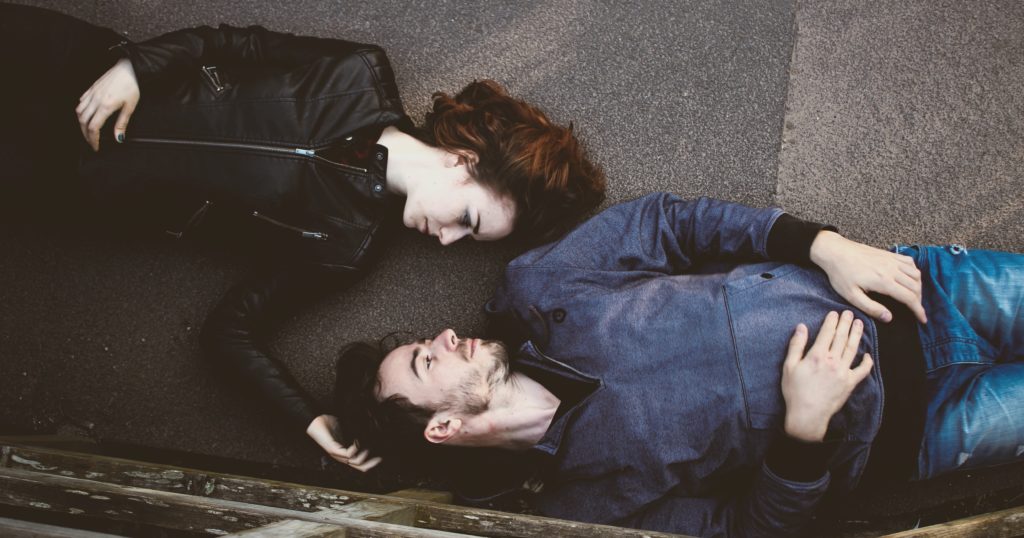 It’s so easy, even for good Catholics, to fall into the temptation of thinking that “there must be an exception for me,” since my situation is somehow unique. I’m thinking particularly of emotionally intense romantic relationships, especially those that have moved in a quite serious direction, often discussing marriage and perhaps even engaged. Sometimes the long-held and cherished reasons for chastity begin to lose their sway precisely at this stage.

The simple truth is the “body will follow the heart.” In other words, as a relationship gets more emotionally intense—unless it’s grounded in the firm conviction of virtue—failure in chastity is right around the corner. Karol Wojtyła (later Pope John Paul II) puts the matter this way:

“When affectivity is not strengthened with virtue but left to its own devices, and in this way made to face the powerful concupiscence of the flesh, it is most often reduced to that role.”

The Person and Pleasure

Of course, there are always sound reasons for virtue and charity. In fact, for Wojtyła, chastity is best understood as a virtue that makes authentic love possible: it liberates from use and frees us to truly love the other for their own sake, not simply for what they can do for us (see Wojtyła, Love and Responsibility, 154-5).

Catholic sexual morality ultimately stems from two pillars: the personal order and the natural order. From the latter, we recognize the moral meaning and purpose in and through the natural order, seeing in it ultimately the embodiment of divine wisdom. Accordingly, an integral part of any rightly ordered sexual act is its orientation to procreation, which is the natural end and purpose of the sexual drive. That is, a rightly ordered sexual act must be the kind of act which, of its nature, is open to the possibility of procreation (thus, excluding masturbation, oral sex, contraceptive acts, and same sex acts; for more here, see my book John Paul II to Aristotle and Back Again, 67-8).

For Wojtyła, sex before marriage is always using, pure and simple:

“Sexual intercourse outside of marriage ipso facto places one person in the position of an object of use for another person. Which for which? It is not ruled out that the man is also placed in this position in relation to the woman; however, it is always the case that the woman is placed in this position in relation to the man …. Sexual intercourse outside the institution of marriage is always objectively speaking detrimental to the woman. This is always the case, even when she herself permits it, or, what is more, when she herself strives and longs for it.”

It’s really difficult to say with a straight face that engaging in a sexual act outside of marriage is solely and entirely ordered to the objective good of the other person. But that’s exactly what true love is all about—to will the good of the other, to be concerned first and foremost with what is objectively best for the other person. When one’s desire for physical and emotional intimacy is placed above what is objectively best for the other, this is by definition using.

And for Wojtyła, when the possibility of procreation is deliberately excluded in the context of marriage, the accent mark of the sexual act devolves to pleasure. For this reason, in Wojtyła’s view, contraceptive sex is also always de facto using. For him, the natural order and the personal order stand or fall together; that is, when the moral meaning of the natural order is violated, the personal order is simultaneously undermined (Wojtyła, Love and Responsibilty, 211-2). He writes:

“If the potential parental moment is positively excluded from the conjugal act, the reciprocal configuration of the person partaking in this act is thereby changed. This change progresses from a union in love to a shared or, rather, merely mutual ‘use’ …. This change of configuration … shifts their reciprocal relation beyond the sphere of objective demands of the personalistic norm [i.e., the personal order] …. When they positively exclude parenthood, a danger occurs that—objectively speaking—nothing else remains in this act but use, the object of which, of course, is a person for another person.”

What Can Experience Tell Us?

While all the above is true and represents rich Catholic thinking on the divine meaning and purpose of our sexuality, Wojtyła does seem to be up to more than this. Consider, for example, the following statement from his treatment on shame:

“Sexual shame in a certain measure charts the direction of all sexual morality.”

In other words, while Wojtyła assumes the above thinking on the meaning of our sexuality, he does think that appealing to the personal order can provide a way in for the modern person; in other words, the truth of the natural order will often find resonance in human experience.

Even though good Catholics sometimes find themselves struggling with chastity—especially when they “love someone” and believe they will one day marry this person—the key is the following: the way one feels is never a sure guide to truth. Consider how often in our experience our desires are at odds with right reason: on the one hand, we can realign our desires to conform to right reason; but more often than not, we seek to devise our own reasons to justify doing what we want to do.

This common phenomenon should alert us to the danger of allowing our feelings to be decisive. If the above scenario of “justification” and “rationalization” is so common in ordinary affairs, how much more is this true in the romantic and sexual arena? In other words, temptation against chastity is exhibit “A” of our desires weakening and distorting what reason tells us.

Further, consider how many people have felt like this before—how many high school sweethearts thought each other were the one, or how many engaged couples end up calling off their wedding. Clearly, the certainty one feels in the thick of a relationship is not the same thing as actually being married. Marriage, therefore, is not just a piece of paper.

This point came home to me when talking with a young woman who was in a very serious relationship just after college. Even though this couple was committed to the Catholic Faith and seeking to keep Christ at the center of their relationship, she expressed slight anxiety about his commitment to her and whether other women might catch his eye. She went back and forth, realizing that this was largely in her head, since her boyfriend was a very devoted and upstanding Catholic man.

On the one hand, this anxiety was largely in her head. But on the other hand, her anxiety was also due to the fact that they were simply not yet married. In other words, the mere good will of a boyfriend—even a good Catholic boyfriend—is not the same as an objective vow sworn before God and the Church, resulting in the supernatural union forged by God in sacramental marriage.

An Illusion of Union

In other words, despite what couples might say—believing their relationship to be already the virtual equivalent of marriage, supposedly giving them a right to sexual intimacy—deep down they know this isn’t true. They know the foundation of their commitment is not an objective union forged by God, but remains at the level of each fulfilling the other. Without the liberating freedom of the indissolubility of sacramental marriage, the basis for their union never goes beyond the supposition of each satisfying the other at a psychological and emotional level, which is not deep enough to totally remove anxiety and suspicion. In other words, it’s quite natural for one’s trust level to increase significantly after marriage (especially when the couple believes in and understands the full reality of marriage).

Therefore, the sexual act—which speaks in a bodily way the total gift of each to the other—is a lie before marriage: one is saying something with their bodies that they have not yet said (and cannot yet say) with the commitment of their wills—not until the marriage has actually taken place.

It’s precisely in this context that a young couple often has temptations against chastity: in other words, make-up sex is a real thing. It’s a constant temptation to use sexual intimacy as a Band-Aid, giving the appearance of deep intimacy, but often masking or suppressing latent problems in the relationship. Sex can make a couple feel like their union is deeper than it actually is.

The Price of True Love

In my experience, many young couples will acknowledge that chastity is the higher road. Sometimes I’ll ask them what advice they would give to their hypothetical children someday if they were in the same situation. This helps to remove themselves from the situation and think more objectively about it—since when we’re in the middle of it, it’s all too easy to let our desires and feelings override objective truth.

At the end of the day, if love entails willing the good, it ultimately means willing the ultimate good for the other—the “good without limits,” in Wojtyła’s words, God himself (Wojtyła, Love and Responsibility, 119-20). Commitment to this love and bringing the other to the Ultimate Good is more important than the experience of physical and emotional intimacy. This is the great challenge of love: to subordinate the experience of love to the virtue of love.

And if someone is willing to do this for you, what could they not do for you?

Nothing worth having in life comes without a price; why should a riveting and virtuous love be any different?

How can we build a Catholic culture that prizes authentic love enough to fight for it, to struggle and sacrifice for it? For true love is never automatic or ready-made. True love comes at a price.

What are we willing to pay for it?