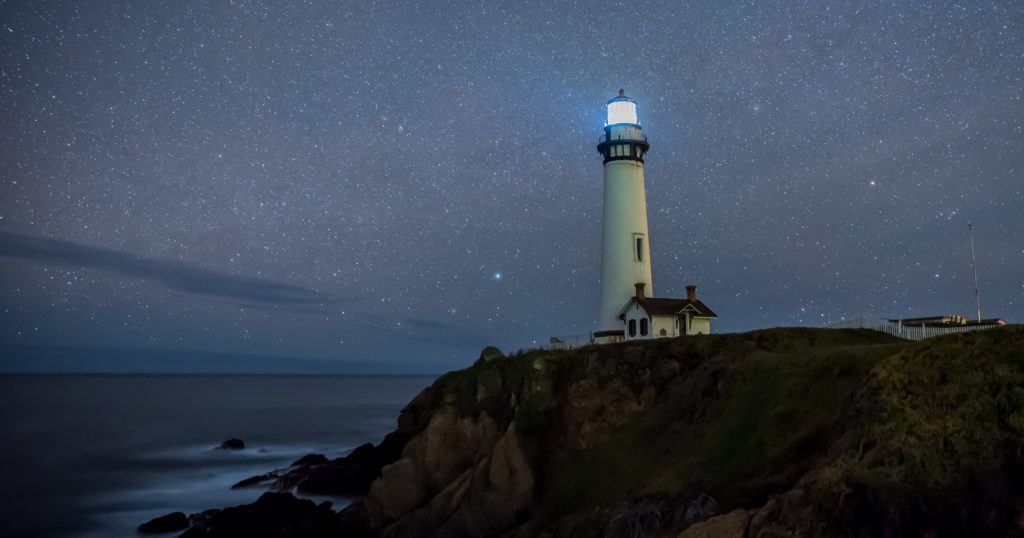 Perhaps you haven’t noticed (or maybe you have), but the word “truth” has fallen out of favor with many of our peers. One acceptable usage of this word we still see is when someone is proclaiming or shouting “their truth”.

In a culture that is moving increasingly away from God, as seen by the rise of the “nones” over the last couple of decades, it’s no surprise that truth is rejected. It’s especially no surprise since Truth happens to be a person, that of Jesus Christ. He is “the true light that enlightens everyone” (John 1:9), but very often we as human beings like to stick our heads in the sand, rejecting that light that our Lord wishes to have penetrate into our souls. In his encyclical Veritatis splendor, Pope St. John Paul II affirms that we “are made holy by ‘obedience to the truth.’” However, he also notes the following (my emphasis):

“This obedience is not always easy … Man is constantly tempted to turn his gaze away from the living and true God in order to direct it towards idols (see 1 Thessalonians 1:9), exchanging ‘the truth about God for a lie’ (Romans 1:25). Man’s capacity to know the truth is also darkened, and his will to submit to it is weakened. Thus, giving himself over to relativism and skepticism (see John 18:38), he goes off in search of an illusory freedom apart from truth itself.”

Thankfully, those of us that have been baptized have become enlightened in our understanding of the truth (see CCC 1216), but we are still affected by concupiscence throughout our lives. Another disposition we become drawn to is that of indifferentism and tolerance. This is part of what St. John Paul means when he says our capacity to know the truth is “darkened”. When this capacity to know the truth becomes murky, we find ourselves not surrendering to Christ, nor giving a good witness for others to Christ. While our culture enshrines tolerance as a virtue above all virtues, we have forgotten as Christians that we are called to love one another.

Love in its purest form means to will the good of another, and very often we as Christians find ourselves tolerating error to the exclusion of not proclaiming and/or living the gospel. The reason for this is because we do not enjoy conflict. Wanting to avoid conflict is something that many of us hold in common. The question then becomes this: how do we reclaim the boldness to proclaim he who is the Truth, the Way, and the Life to the world at large?

Admittedly, to do this will not win us any popularity contests. When the prevailing mantra is “don’t rock the boat” and “let’s agree to disagree”, we find ourselves reluctant to speak up to defend our belief in the gospel, our belief in our Lord Jesus, and our belief in the teachings we have received from the Church he founded.

I was recently in a discussion group with other young Catholics. One of my friends spoke up and mentioned something that really made me pause to think and evaluate my own behavior. This person asked aloud whether her hesitancy to not speak up at certain times was because she was practicing prudence, or because she was being cowardly.

I think this is something important to reflect on as many Catholics today are scared to speak up in person or online, regarding things from homosexuality to abortion, to religious differences and other hot button issues, opting to remain quiet so they can “go along to get along.” Such a mentality enshrines tolerance as a virtue. Or, rather, in the words of Dr. Donald DeMarco, this mentality is actually “pseudo-tolerance”. He explains further:

“The distinction between pseudotolerance and genuine tolerance is critical because the former is often mistaken for the latter. This mistake leads to a radical devaluation of the importance of truth, especially truth of a moral nature. Consequently, a person may be accused of being intolerant simply because he holds to a truth, such as the iniquity of abortion or the disordered nature of homosexual acts.

“When pseudo-tolerance, severed from any relationship with truth, reigns supreme, it is elevated to the exalted, if unwarranted, stature of being a first principle. Therefore, people will say, Who knows what is true or false, right and wrong? Let us all be tolerant.”

To Proclaim One Thing Is to Renounce Another

When we don’t speak up to the truth, we are not being effective witnesses. This is part of the reason why we see rampant secularization in our culture today. Now of course we must always proclaim the truth in kindness and reverence for one another (1 Peter 3:15), not allowing our words to be like a clashing cymbal. Our words may be true, but if we deliver the message without charity (1 Corinthians 13:1), we aren’t being effective witnesses either. What has happened, though, is that good men and women have refused to rebut errors because it’s not the nice thing to do. This is something I’ve been very guilty of as well. But again, those words spoken by my friend truly cut to the heart. It reminded me of what our Lord said in St. Matthew’s Gospel:

“Do not think that I have come to bring peace on earth; I have not come to bring peace, but a sword. For I have come to set a man against his father, and a daughter against her mother, and a daughter-in-law against her mother-in-law; and a man’s foes will be those of his own household. He who loves father or mother more than me is not worthy of me” (Matthew 10:34-37).

Does Jesus mean that we should despise our parents? Of course not, but with such strong language, he is proving a point. He is showing us that we must be like the apostles, leaving everything else on the shore to follow him, even if that means leaving our good status with the world behind. Even if that means we incur conflict for our conversion to the gospel message of Christ.

To Bring the Sword?

But look at the first part of the selection as well. Does Jesus mean he is also going to bring violence, through “a sword”? Again the answer is no. Jesus is highlighting the simple fact that the sword divides. The Church Fathers clarify further in the Catena Aurea, a collection of their writings on the Gospel compiled by St. Thomas Aquinas. St. John Chrysostom, for instance says that our Lord “sought by sharpness of speech so to rouse [the disciples’] attention, that they should not fall off in time of trial and difficulty”. St. Augustine offers up the following for reflection:

“Otherwise; I am come to set a man against his father; for he renounces the Devil, who was his son; the daughter against her mother, that is, the people of God against the city of the world, that is, the wicked society of mankind, which is spoken of in Scripture under the names of Babylon, Egypt, Sodom, and other names… They are severed by the sword of the Spirit, which is the word of God. And a man’s foes are they of his household, those, that is, with whom he before lived as intimates.”

We sometimes forget that our true home is not here on earth. We are pilgrims on a sojourn, and we as the people of God are walking toward our heavenly home. But the delights of the city of the world entice us. We frequently desire the praise of the world. Looking back to the commentary for Matthew 10:37, St. Rabanus Maurus makes it very clear by saying:

“He is unworthy of the divine communion who prefers the carnal affection of kindred to the spiritual love of God.”

Basically, we should not be putting our hopes in impressing the world, worrying about how well we are regarded. All that should matter to the Christian is if our actions are pleasing to God. We want the affection of our peers, and want to be commended and built up as well. But when we feel unable to speak up against the horrors of abortion or the transgender movement, for example, because our stock with the world would take a mighty hit, this is when we must reevaluate.

As Dr. Timothy Gray put it in a recent talk:

“The Church must submit to the truth and have the courage to preach the truth.”

Who makes up the Church? You and I. By not speaking the truth, in kindness and gentleness, are we acting with tolerance, or with pseudo-tolerance?

A Service or a Disservice?

Consider what the Venerable Fulton J. Sheen says in his “Plea for Intolerance”. Many people would be shocked at such a title, but the points Sheen made several decades ago are still very salient for our current day:

These are sobering words. To be asked to be intolerant against anything in this day and age is a tough pill to swallow, especially as tolerance has become the paragon of all virtues in our secular culture. But as Sheen says, we tolerate persons because we love them, and because we love them we want to help them get back on to the right path with our Lord. To knowingly withhold the truths of our faith, or to sugarcoat them in a way that makes them indiscernible from the ways of the world, does a great disservice to our fellow man.

Hiding under a Bushel

We must be intolerant of error, however, and we see this when apologists stand up against attacks on the pope or the Church, or when men and women of all ages march on Capitol Hill for the right to life. But we must always be aware of upholding the truth in everyday situations, even if it entails conflict.

To paraphrase Dr. Gray, our strength pushed too far becomes our dominant weakness. As Catholic Christians we recognize the dignity of the human person and that no one can be coerced into believing something. But as we see in the Gospels, pursuing the truth and living it out will necessarily entail conflict with the world. And if we have an inability to deal with that conflict, even going so far as to avoid it, our so-called tolerance becomes indifference, precisely because this pseudo-tolerance shuns conflict!

We’ve all been guilty of tolerance at one time or another, and we certainly must be discerning when to exercise the virtue of prudence. But for the love of our Lord Jesus, let us not be cowardly. The Holy Spirit desires to help us live out the gift of fortitude that we received in abundance at our Confirmation.

We need not worry what the world thinks of us, only of what our Lord thinks. If we encounter conflict for being a disciple of Jesus Christ, then so be it. This is what we signed up for. We must treat each and every person with respect, but we must explain gently and lovingly why we believe the truths of our faith. We have good news for the world. Will we share it with others, or will we keep it to ourselves?

Why Offering It Up Is Countercultural