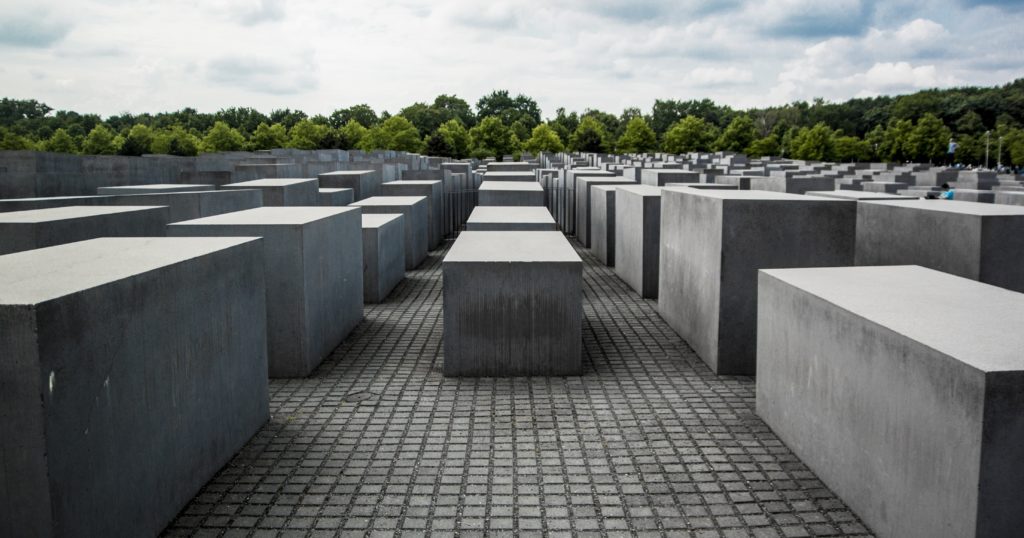 “Forgiveness is a beautiful idea—until you have something to forgive.” (C.S. Lewis)

Maybe you’ve heard of Corrie Ten Boom, who grew up in Holland before World War II. Her family had a hiding place for Jews in their home, and one day they were discovered and taken to Ravensbruck. Her sister and her father died there—but due to a “clerical error,” Corrie herself was released.

Rather than nursing a grudge, she spent the rest of her life preaching about God’s mercy and the importance of forgiveness. She liked to say that when we confess our sins, it’s like God throws them out into the deepest ocean—and then he posts a sign: “No fishing allowed.”

In 1947, Corrie was in Germany, talking about that very thing. She looked up and saw a man coming forward: one of the guards, a particularly cruel man from Ravensbruck. Everything flooded back and she was filled with hatred. But he came up to her, smiling, saying that he had found Jesus and was a changed man. “Isn’t it wonderful! You are so right – he casts our sins to the bottom of the sea. But I have wanted to be forgiven by someone who was there.” He put out his hand: “Will you forgive me, Fraulein?”

Forgiveness Is Only Fair

Corrie stood there, frozen. She could not forgive him. How could she? Her sister had died in that place! So many had died. But she had to forgive. She remembered Jesus saying, “if you do not forgive others their trespasses, neither will I forgive you.” Then she thought about Jesus dying on the cross, asking the Father to forgive those who condemned him. “Jesus, help me!” She summoned up all her willpower and extended her hand, asking God to supply what she could not find within herself. As she describes it, a wave of warmth rushed down her arm and she was able to say, with what she knew was God’s love, “I forgive you!”

We all have received the mercy of God. He has forgiven our sins, washed them away—even though we don’t deserve it. This is why St. Paul can say in Ephesians 4:31-32:

“Let all bitterness and wrath and anger and clamor and slander
be put away from you, with all malice,
and be kind to one another, tenderhearted, forgiving one another,
as God in Christ forgave you.”

We can forgive others because God forgave us, and for the same reason it is our duty to forgive others. We must do so, in fact, or God will not forgive us (Matthew 6:15). Does this sound harsh? The Catechism explains that God’s “outpouring of mercy cannot penetrate our hearts as long as we have not forgiven those who have trespassed against us. Love … is indivisible; we cannot love the God we can’t see if we do not love the brother or sister we do see.” (CCC 2840)

What Forgiveness Is and What It Is Not

If you’re like me, it’s hard to forgive even knowing this is true. It helps to keep a few things in mind:

If you think forgiveness is hard, you’re not alone. As Dietrich Bonhoeffer said:

Corrie Ten Boom used to ask people who came to her with their own stories of hurt and bitterness, “Can you forgive [this person]?”

The Practicality of Letting Go

From my experience, I offer three practical steps to help you forgive:

Every time that person comes to mind, say the words “I forgive you” whether you feel it or not. Make it an act of the will and ask the Holy Spirit to pour God’s love into your heart. Over time, start asking God to bless the person. Romans 12:14 says:

“Bless those who persecute you; bless and do not curse them.”

Force yourself to do it. Make it a habit. And watch how that sets your heart free.

This article was first published on The Great Adventure Blog on January 23, 2014.

Photo of Berlin Holocaust Memorial by Giulia Gasperini on Unsplash

The Despair of Judas versus the Sorrow of Peter: A Lifesaving Difference

Sarah Christmyer is co-developer with Jeff Cavins of The Great Adventure Catholic Bible study program. She is author or co-author of a number of the studies. Sarah has thirty years of experience leading and teaching Bible studies. She helped launch Catholic Scripture Study and is co-author of “Genesis Part I: God and His Creation” and “Genesis Part II: God and His Family,” published by Emmaus Road. Raised in a strong evangelical family, she was received into the Catholic Church in 1992. Sarah also writes at comeintotheword.com.