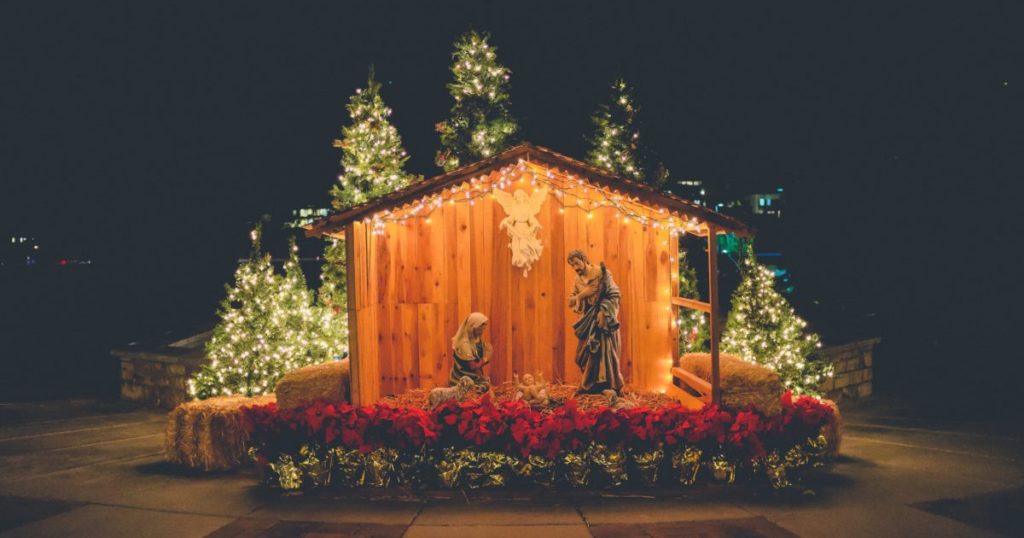 “And the Word became flesh and dwelt among us, full of grace and truth; we have beheld his glory, glory as of the only Son from the Father.” – John 1: 14

The Holy Night has come and gone. You probably still have many items scattered around the house reminding you of Christmas day, but as you say goodbye to friends and family, finish the last of the egg nog,  here’s a reminder to keep listening to “A Charlie Brown Christmas”.

God became man. That kind of thing doesn’t just come and go so quickly. It’s a reason to keep rejoicing!

God became man. These three words change everything. They mean that God became a naked child, entering time and the elements so that he might heal, redeem, and die for us.

You mean that much to him. Let us contemplate him in the manger lovingly this Christmas Season, adoring him in our hearts, in our actions, and in our words.

On behalf of Ascension Media and the Ascension Blog, we would like to wish everyone a blessed, renewing, and merry Christmas Season. We will see you again in the new year.

Christmas: A Time for Hope