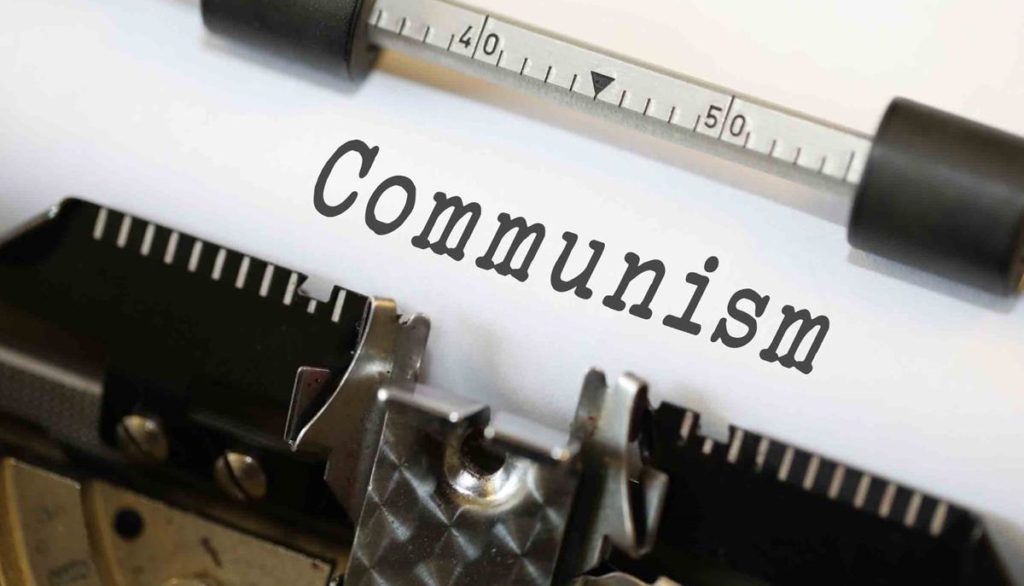 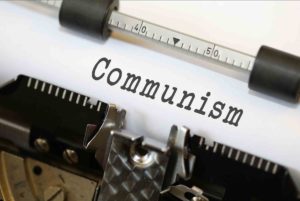 When St. John Paul II reflected upon the fall of communism, he insisted that it was a mistake to view its failure simply as a matter of economic inefficiency.

On the one hand, there is some truth to the following quip: socialism distributes wealth, it doesn’t create it. And others have made the same point by rhetorically asking, “Where would you rather go to the bathroom, a public or private restroom?” Nonetheless, the real issue with communism is not merely a matter of economics, but goes much deeper. In reflecting upon earlier papal condemnations of the Marxist doctrine of class warfare, John Paul II has this to say:

“[W]hat is condemned in class struggle is the idea that conflict is not restrained by ethical and juridical considerations, or by respect for the dignity of others…. As a result of this doctrine, the search for a proper balance between interests … was replaced by attempts to impose absolute domination of one’s own side through the destruction of the other side’s capacity to resist, using every possible means, not excluding the use of lies, terror tactics against citizens, and weapons of utter destruction …. Therefore, class struggle in the Marxist sense and militarism have the same root, namely, atheism and contempt for the human person, which place the principle of force above that of reason and law” (Centesimus Annus, 14).

Take It from One Who Knows 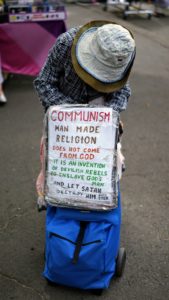 After personally living under communist rule for just over thirty years in Poland (after World War II until his election to the papacy in 1978) and then visiting and watching his homeland struggle under the grip of communism until 1989, John Paul II knew these realities far better than most (for more here, see George Weigel’s The Final Revolution, Witness to Hope, and The End and the Beginning).

In other words, communism was always about more than an economic program; it was a means of systematically promulgating atheism and subordinating everything to the interests of the collective state, leaving no room for God or human dignity—certainly no room for anything like inalienable human rights.

This is why St. John Paul II insisted that it’s inadequate to critique communism merely in terms of economic inefficiency; in fact, to do so actually succumbs to the foundational problems in the Marxist analysis, namely, its reductive view of the human person. John Paul II writes:

“Another kind of response [to communism], practical in nature is represented by the affluent society or the consumer society. It seeks to defeat Marxism on the level of pure materialism by showing how a free-market society can achieve a greater satisfaction of material human needs than Communism, while equally excluding spiritual values …. [I]nsofar as it denies an autonomous existence and value to morality, law, culture, and religion, it agrees with Marxism, in the sense that it totally reduces man to the sphere of economics and the satisfaction of material needs” (Centesimus Annus, 19). 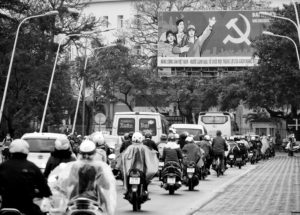 Why the Church Prefers a Market Economy

From the Church’s point of view, a market economy is more befitting to the human person because it is more consonant with the dignity and freedom of the individual, made in the image and likeness of God (see Genesis 1:26-28). For this reason, the “right to private property” has always been a cornerstone of Catholic social teaching (see Centesimus Annus, 6, 30).

By mixing our energy and work with the earth, we create something new and thereby participate in God’s providence:

“In this way, [man] makes part of the earth his own, precisely the part which he has acquired through work; this is the origin of individual property” (Centesimus Annus, 31).

If we remove private property, we remove one of the primary motivating factors for ingenuity and wealth creation. In this light, John Paul II affirms that:

“The free market is the most efficient instrument for utilizing resources and effectively responding to needs” (Centesimus Annus, no. 34).

Moreover, in a market economy, certain virtues come to the fore, such as “diligence, industriousness, prudence in undertaking reasonable risks, reliability and fidelity in interpersonal relationships, as well as courage in carrying out decisions which are difficult and painful but necessary, both for the overall working of a business and in meeting possible set-backs” (Centesimus Annus, 32).

In fact, the Church even recognizes profit as a sign of the overall health of a business. John Paul II writes:

“The Church acknowledges the legitimate role of profit as an indication that a business is functioning well. When a firm makes a profit, this means that productive factors have been properly employed and corresponding human needs have been duly satisfied” (Centesimus Annus, 35).

Importantly, of course, profit is not the only indicator of business’ health, and profit cannot be the sole purpose of a business:

For John Paul II, the state’s role is to safeguard the conditions for an authentic market economy. Occasionally, the state needs to intervene, but only—to use an analogy—as would a good referee: quickly, decisively, but then it must get out of the way. As we know all too well, one can over-referee a particular sporting event in a way that becomes intrusive and overweening and ultimately damages the integrity of the game.

Likewise, government intervention should be, in John Paul II’s words:

“as brief as possible, so as to avoid removing permanently from society and business systems the functions of which are properly theirs, and so as to avoid enlarging excessively the sphere of State intervention to the detriment of both economic and civil freedom” (Centesimus Annus, 48).

It’s in this sense that he critiques the “Welfare State” and points to the abiding importance of the Catholic social principle of subsidiarity, which states that:

“A community of a higher order [e.g., the state] should not interfere in the internal life of a community of a lower order, depriving the latter of its functions, but rather should support it in case of need” (Centesimus Annus, 48).

The principle of subsidiarity personalizes assistance, since “needs are best understood and satisfied by people who are closest to them and who act as neighbors to those in need” (Centesimus Annus, 48).

Does this mean that the Church gives an unqualified embrace of capitalism? The answer is “no” (and I will follow this post with a subsequent one treating the Church’s view of capitalism).

Perhaps the best summary of the Church’s take on capitalism, or the market economy, can once again be found in John Paul II’s Centesium Annus. For while he knew the horrors of communism better than most, he also expressed worry that as eastern European nations (formerly under the thumb of communism) embraced economic and political freedom, they might also embrace Western style freedom-as-license and thereby lose their moral compass, as well as the integrity of their faith.

“If by ‘capitalism’ is meant an economic system which recognizes the fundamental and positive role of business, the market, private property and the resulting responsibility for the means of production, as well as free human creativity in the economic sector, then the answer is certainly in the affirmative, even though it would perhaps be more appropriate to speak of a ‘business economy’, ‘market economy’ or simply ‘free economy’. But if by ‘capitalism’ is meant a system in which freedom in the economic sector is not circumscribed within a strong juridical framework which places it at the service of human freedom in its totality, and which sees it as a particular aspect of that freedom, the core of which is ethical and religious, then the reply is certainly negative” (Centesimus Annus, 42).

Let us be thankful for a Church that steadfastly defends the moral order and let us consider how we can contribute to building a free and just society, one that is predicated upon the foundation of the inviolable dignity of every human life.

Why We Celebrate Christ the King Today

Swafford is Associate Professor of Theology at Benedictine College. Dr. Swafford is author of Spiritual Survival in the Modern World: Insights from C.S. Lewis’ Screwtape Letters; John Paul II to Aristotle and Back Again: A Christian Philosophy of Life; and Nature and Grace: A New Approach to Thomistic Resourcement. He is a member of the Academy of Catholic Theology and Society of Biblical Literature; he is also a senior fellow at the St. Paul Center for Biblical Theology. Andrew has appeared on EWTN’s Catholicism on Campus and is a regular contributor to Ascension Press’ Bible blog as well as Chastity Project. He lives with his wife Sarah and their four children in Atchison, Kansas.