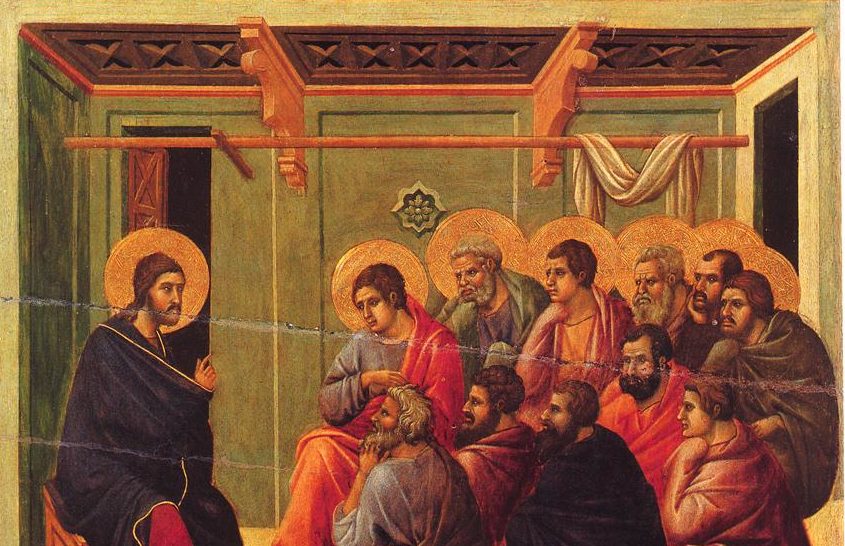 In a world that has made the word “freedom” synonymous with “I can do whatever I want as long as I’m not ‘hurting anyone,” the question of why we need rules in society, and why we should keep them, often comes up in daily life. And that question comes up even more when it pertains to religion. We are frequently exhorted today to “break the rules” and to “find our own path” as well as to “follow our hearts” in all matters.

True, there are some rules that may need to be broken. For instance, those that are objectively unjust to human rights and have been dictated by an oppressive government, as we’ve seen through the civil disobedience of people like Gandhi and Rosa Parks. One may also rightly “find their own path” in the context that there’s not just one way to a career in a certain field or in reaching a goal, such as financial stability. And even the phrase “follow your heart” may be good advice if one’s well-formed conscience leads that person to be truly compassionate and merciful towards their fellow man in a difficult situation.

However, too often it seems, we have twisted these three popular sayings around into something that doesn’t jive with the gospel. We beg the question “just what is a well-formed conscience, and do we truly possess a conscience that is in accord with, and assents to, Church teaching?” Why do so many in our current cultural climate (and increasingly so, more and more Catholic Christians) feel as if they are burdened by the prescriptions of Christianity to the point where they are ignored and discarded? If it’s a truth that Jesus has given us the New Law, the New Covenant in his Blood, why do we “enlightened” citizens of the twenty-first century feel the need to disregard that law and “follow our hearts” instead? It has become quite clear that we should be following more than simply our own hearts.

The effects of concupiscence

Seeing as we’re humans who suffer from concupiscence, it might not be good to always follow our heart, especially if by “heart” we mean our “conscience” and “good intentions,” as the connotation seems to mean so often today. This notion of rule-breaking has seemed to have even entered the minds of Catholic clergy as we’ve seen many pastors in open opposition to Church doctrine, and some even vociferously calling for opposition to it. To paraphrase from one homily I recently heard, ‘We don’t always have to follow the law, because our heart knows right from wrong.’

The call to “break the rules” of the Church is something that doesn’t make much sense, especially when one finally realizes there’s a lot more to the Church’s teachings than just seeing them as a giant rulebook. One shouldn’t be lamenting that the Church has “too many rules” but should instead be reflecting on why there is so much sin in the world, and why people continue to sin.

Let’s think for a moment though. Who gives the laws in the Church? Jesus said the law was fulfilled in him, not abolished, and not an iota—not a dot—would pass from the law until he comes again (Matthew 5:17-19). Now, let’s say there was a willingness on the part of someone to break the law because there was a “feeling in the heart” that supposedly superseded the law of the Church. Why would someone want to do that? If the pope and the bishops in communion with him have been given the authority to bind and loose from Christ himself (Matthew 16:18-19), why would we want to disobey those that Christ has put in his stead? And if we don’t always have to follow the laws of the Church, be they a discipline or formally defined dogma, which teachings do we discard and which do we keep?

Is it OK to break the law if a couple is planning on getting engaged, are madly in love, and then decide it’s a good idea to cohabitate? Is it OK for a woman to break the law of the Church and get “ordained” in an Episcopalian cathedral if she feels in her heart she should become a priest, even though the Church has infallibly declared and taught since apostolic times that this is not possible? Is it OK to break the law and use contraception if the married couple has discerned that having another child is not best right now, and the lack of sexual relations is causing tension in the relationship, therefore leading the couple to “follow their hearts” and have sex using contraception so they can be confident they won’t conceive during the fertile time?

Gauging the trustworthiness of the heart

We could use many more examples here, and therein the danger of “following your heart” is obvious if we don’t pay attention to the Magisterium of Christ’s Church. Paragraph 2039 of the Catechism of the Catholic Church reads: “Personal conscience and reason should not be set in opposition to the moral law or the Magisterium of the Church.” As mentioned above, personal conscience is now commonly analogous with “the heart” in modern parlance; with what we feel is right. Of course, we also know from the Catechism that that conscience needs to be well-formed.

Leon J. Suprenant, Jr. paraphrases paragraph 1792 of the Catechism well: “Do I try to justify conduct that our Lord considers sinful? Is there a part of my life that I haven’t turned over to God? Are there Church teachings I refuse to accept? Do I strive to form my conscience based on the firm foundation of Catholic truth, or do I look for teachers who will ‘tickle my ears’ (2 Timothy 4:3)?”

These articles (found here and here) from the New Evangelizers give some great exposition on the matter: “Because of Original Sin, the inner moral compass of our hearts was busted.  My heart does not tell me now what is right or wrong. It only tells me how I feel about something. But our feelings have no bearing [sic] a thing’s rightness or wrongness.”

So do we follow our hearts or do we follow the teaching authority of the Church? Jesus said that “For out of the heart come evil thoughts, murder, adultery, fornication, theft, false witness, slander” (Matthew 15:19). Scripture also tells us that “the hearts of men are full of evil, and madness is in their hearts while they live, and after that they go to the dead” (Ecclesiastes 9:3), and that “The heart is deceitful above all things, and desperately corrupt; who can understand it?” (Jeremiah 17:9).

Determining what is right

Indeed, we’re called to bring our hearts closer to Christ, and to inflame in our hearts the desire to become closer to God by inviting the Holy Spirit into us, because as we know, God wants to dispense his graces upon each and every one of us. But we must be open, and our consciences (our hearts) must be well-formed (see CCC 1783-1785) so we can be more assured we are following the right path laid out for us by the Church. It doesn’t matter if it’s a disciplinary norm of canon law, or a dogmatic teaching solemnly defined by the pope himself. We owe obedience to the Church. If we are sons and daughters of God, we should do our best to listen to the teachings and commands of the Church. Thank God we have the sacrament of reconciliation to go to when we fail; but to deliberately act in a way that breaks the law at certain points in our lives when it feels right doesn’t sound right at all. What does sound right, and just plain is right, is the words of Jesus in the Gospels. Our Lord is very clear when he gives the promise of the Holy Spirit in St. John’s Gospel account (John 14:15-16): “If you love me, you will keep my commandments. And I will pray to the Father, and he will give you another Counselor, to be with you forever …”

Jesus has made it very clear how we show our love for him, and that’s by keeping his commandments. That doesn’t just mean the Ten Commandments that Moses brought down from Mt. Sinai. Remember, Jesus fulfilled the Old Law with the New Law. He also founded a Church, and his vicar on earth is the pope. Jesus’ commandments include all that the Church instructs us to do by virtue of the authority she has received from Jesus. He continues a few verses later:

“‘He who has my commandments and keeps them, he it is who loves me; and he who loves me will be loved by my Father, and I will love him and manifest myself to him.’ [Jude] said to him, ‘Lord, how is it that you will manifest yourself to us, and not to the world?’ Jesus answered him, ‘If a man loves me, he will keep my word, and my Father will love him, and we will come to him and make our home with him. He who does not love me does not keep my words; and the word which you hear is not mine but the Father’s who sent me. These things I have spoken to you, while I am still with you. But the Counselor, the Holy Spirit, whom the Father will send in my name, he will teach you all things, and bring to your remembrance all that I have said to you” (John 14-21-25).

This is some pretty serious stuff when we look at it. It’s reminiscent of when Jesus tells us earlier in the Gospels that “not everyone who says to me, ‘Lord, Lord,’ shall enter the kingdom of heaven, but he who does the will of my Father who is in heaven” (Matthew 7:21-23). We can say we love Christ and his Church all we want, but our Lord makes it very clear that we do not show that love if we don’t keep his words. And lest anyone think that Jesus is only referring to his words uttered in the Gospels, don’t forget that the Church is the Mystical Body of Christ. Jesus extends his reign through the Church. To reject the Church’s teachings on any given matter is to reject Jesus.

Next week, we’ll look deeper into our personal feelings in relation to Church teaching, and how our knowledge of these teachings may affect one’s culpability in regard to sin.

“Why Follow the Rules When You Can Follow Your Heart” Parts 1 and 2 were originally published on Catholic365.com as one article. Part 2 will be published on the Ascension Blog next week.

Giving Your Whole Heart: The Challenge of Discipleship

What Christ Means by Purity of Heart

How Well Do You Know the Heart of God the Father?